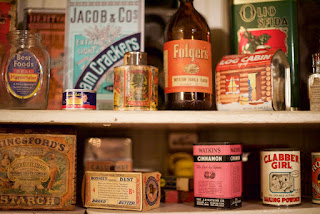 I can taste the weekend in front of me. It has been raining for a week and the boy has been sick. Now, the sunshine will arrive as a tincture, an elixir made of light. I am eager to be in it, to drink it through my skin.

I posted yesterday morning's half-written post this morning, even though it was the same repetitive nonsense that I have been trapped by now for months. Fuck it, as my redneck friends say.

Holy Jesus... CS just offered a rare copy correction. Not that my mistakes are rare, but his suggested corrections are. I had a typo in a critical sentence on my post yesterday. Even after he pointed it out I still missed it, and it was glaring. If I could only understood. Ah well, it's difficult to consistently write well and goodly.

I'm a handful of pages from finishing a book I've been dragging on for two months. It won the Pulitzer for fiction in 2015. The writing was proficient, enviable at times, but there is nothing weird lurking within the work or the heart of the author. He has a message and he relays it well. His characters go through some turmoil and become better people because of it. War Is Bad, but people can be good, etc. It feels sterile without there being more evidence of personal dysfunction. The work was stained, though only through its own ideas. Writers should have something to hide, then they should fail at hiding it.  This work merely succeeds is saying something.

Well, that's my take on today: life is fucked up and so are we, and he is no true-story teller who would keep that from you.