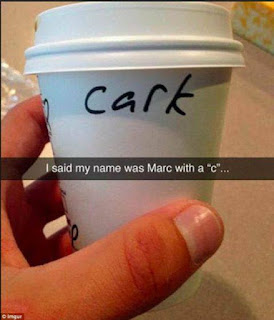 CS is probably correct, this time. I read all those books because I was fucked up, not as a cause of it. He is a pillar of health and normalcy, and he read those books also, so it must be me. I don't actually believe that reading those types of books fucks you up. Trying to write, or live them out, does.

Lately, I am looking for anybody to blame for America being on its Apollo 13 inaugural mission. So, why not start with the hippies? Everybody was so scandalized by Bill Clinton's admission that he failed to correctly inhale a bong swat, now we have a president-elect that pays Russian hookers to dress up as Eva Braun and chase his hair around the room trying to piss on it. I have no moral qualms with such a thing, of course, but my morals are not often looked to as the lodestar in these or other matters.

I can hear Trump putting in his request to the Russian service: I'd like one to have the mind of young Goebbels, dressed in patent leather summer breeches. The other should have the body of a great white shark; Cambrian black eyes. Instruct the second to drink lots of coffee and not evacuate for hours before arrival. She should be eager for this. It's a great opportunity for her, and even for the other girl, really.

Afterwards, he pays extra to watch them both piss on a Mexican, then fires off a tweet demanding that Pink Floyd personally reimburse him for the wall.

I can't hardly criticize his methods any longer. I'm in no position to condemn someone that is freely expressing the power to distort. I mean, fuck, just look at what goes on around here. This might as well be his center for press relations. It's a fake news site about me. I expect a cabinet appointment any day now. My best narrative recourse is through increased absurdity of exaggeration.

I do find all of this funny, though. It took me a while to recover from the shock that we're going to have our first corporate-figurehead-as-brand for our president, but now I think it might just be fun. He sure is a real personality. Nothing much surprises me any more.

I've often wondered, when a woman is peeing on your face, is the expectation that you keep your eyes open? 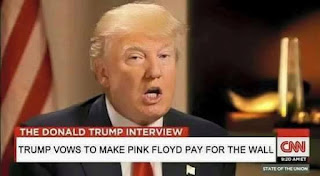