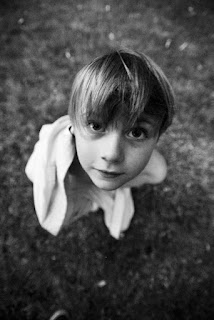 Remember when they said that separating children from their mothers was just someone finally upholding the law and well, at least somebody's doing something!... ?

You're going to hear a lot of newfound apathy about some laws - and a renewed focus on maintaining order! - over the next few months. From those same people. The ones who just don't think that lucky Colin Kaepernick should be making such a fuss when he's got it so well. They will, somewhat rightfully, argue that this is just an understandable breaking of a law that a businessman like him shouldn't be expected to know, showing genuine surprise that it's even a felony, or a few.  I mean, c'mon.... what are we talking about, here?  All of us will be expected to be cool, and understand. To think otherwise will be unreasonable.

That ^^^ makes me want to organize a local voting faction of far-right wing feminists, all males, that start making t-shirt style demands in preparation for the Trumpheaval. That they'll all share vague similarities to the possible phrasings of reproductive rights advocates will be explained away as an unintentional coincidence.

One of the worst parts about getting older is listening to every group or individual making a claim and then having to separate them into either the bullshit or i don't care piles.

It all makes me so sad. I want my son to glimpse a father that cares about the direction of the world but I can't have him peer into the eyes of the raving madman every few minutes to get that impression.

As side note: I was telling everybody my age, or culturally older, that I thought Colin Kaepernick looked a lot like Angela Davis when he had an afro. But, you know... the kids really struggle with that sort of wisdom now.

Sorry for those outbursts, and all the others. I'm trying to wean myself from social media but I already miss screaming angrily at strangers with the screech of cheap polemics.

I'll need to find some way to adjust.

I have the strangest feeling, of floating, of disappearing. 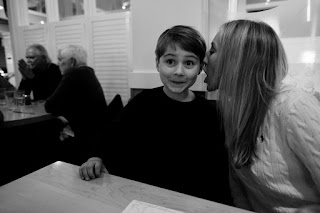 With that last thought in mind, I'll keep this as a repository for snapshots. Why not? I'm trying to get back into the practice of telling stories, arranging this little universe into narratives, vignettes.


Everywhere, the world is confused or worse. Or, perhaps it's me. The tyranny of aging, perpetual questioning of what seemed to be past certainties. If not certainties, that mostly untested sense of assuredness. I've been deleting all of my old Facebook posts. There's a Chrome extension that uses a little javascript to scroll through them year by year and deletes them. I'm not entirely sure why I'm doing it - I know that it doesn't change their ultimate existence - but since making the decision to wipe them it has changed how I interact with people on that platform.

My old nemesis finally unfriended me. Another old friend's daughter read me the riot act about abortion. I am, of course, pro-abortion to the point of even wanting to make it a national constitutional requirement that rotates on a six month cycle, but still... Something about all of it makes me sad now, like viewing an addiction or addictive behavior, after the fact of it. It makes my mind and blood race a bit but mostly only shamefully. I've only ever learned how to be reclusive, not alone. Not happily so.


It's similar to an addiction - the compulsion, arranging your life around it, always making it convenient, crave it a little bit and then a lot whenever deprived. There are certain drugs that certain people should be kept from - I'm quite certain of it.


My unstated goal was to get off of social media altogether, only interact with friends on presumably closed digital channels. I've been feeling lonelier than usual lately. I wish to be more careful with the quality of my human interactions. Superficial connections are wearing me out, sometimes with people I care for most of all.


I've written all of this before. It's a part of moving to Sonoma and having a son, I think. I suppose that age has had as much to do with it as anything else. But it's time to be more careful with my time, finally, remembering how to treat seconds as precious when the moment asks it. So that maybe I will have a reservoir of kindness leftover.

I sang part of a song out loud this morning, my voice was noticeably nervous, my timing cautious and unsure. It is so odd what singing can do for your confidence, and to it.