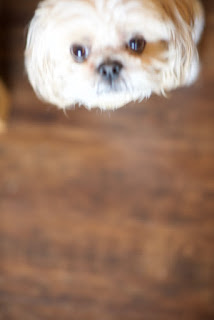 I must stay away from news streams. They are driving me out of my mind. Clownigula is at least as bad as predicted. I had thought that it would be funny for a while, but it's not. It's been quite the letdown in that regard, he's a legitimate horror, and not only through incompetence. He seems to have a deep rooted animosity towards every office of government to which he is making appointments. This might only be the result of him not having a grasp of what these offices do. It is nearly impossible to determine from this vantage point. America's dominance on the western stage seems as if it might be coming to a sudden end. There is little evidence to suggest that a paper strongman will help matters much. He is defining himself as a threat to everything, a danger to all standards. His intentions seem clear enough - he wants to go down in history as the guy that turned back the clock.

It's fitting that the owner of the Miss Universe pageant would usher in the Judgement of Paris.

For all of those who have said, But, just give him a chance. That window of opportunity has now closed. I've said it before: if we're not very careful then we are all going to be written into Trump's biography. I am pushing for our part to be the impeachment chapter, not the thermonuclear exchange with China. Has the CIA invited him to Dallas at all yet?

Mike Pence seems like such a reasonable fellow, now doesn't he? Take away that get that man off of that man voodoo indoctrination stuff and he's just another stable white guy that believes Jesus' return is nigh, and that the earth was bequeathed to man to exploit for his temporary needs until that time comes. There are a lot of symbolic things to look for so that you'll know it's happening, when the wrath of God is achieving its completeness - multi-headed dragons, goblins, horses in the sky, bridge trolls, and some other stuff along the Dungeons and Dragons narrative. Pence standing there with a mannequin's smile, waiting for Jesus to arrive in a cloud of angel farts to lift him up into the glory of eternity.

What could possibly go wrong?

Hillary was going to take your guns, stupid.

So, as you can probably detect, it's no good for me to keep watching the stream of gibberish scroll by every day. I don't have the constitution for it. I have come to hate The Washington Post. They are only one small notch above The Huffington Post. What happened to them?

I can't seem to ride it out of my system and I do not wish to become a mumbling man, certain that the newest political arrivals have exceeded all predecessors in the iniquity of stupidity.

From where the sun now stands, I relinquish the hold of political pornography over my mind.

I renounce Satan and his angels of perversion!

It's fun to speak like a modern Moses. I should grow a nice long beard, a real ZZ Topper. If I took myself just a little bit more seriously then maybe I could have become a backup cult leader, an honest second-string prophet for the times. You don't even have to scare people with the threat of coming plagues, just describe what's actually happening, that'll be good enough.

That's another window of opportunity that seems to have passed me now. I wouldn't wish to be a fully ordained cult leader at this age, but maybe 20 years ago or so it might have been fun, where it would make sense for me to harvest the feminine bounty of the flock. I think I've reached the age now where I just want the cult money, which isn't nearly as much fun. I'd still impregnate several of the flock, and provide them with adequate firearms, but that would be mostly just to keep the sense of collective spiritual mission at the needed pitch. Because nothing quite whispers Apocalypse... as does a fully armed pregnant woman among many others carrying the same man's baby.

Ah well, in another life. I'm sure there is some strategy to it all that I have not yet quite grasped, some trick to keep things in order. I would explain to all of them individually that their little behind holes are beautiful mandala invitations to a deeper dimension. People just eat up that spirituality stuff up, like tapioca pudding - echoes in other dimensions, past lives still dance around us for reasons unexplained, saviors riding in on white clouds, mercury in retrograde causes autism, all of it... Truth is only a feeling. They can't get enough gibberish, each addicted to their own personal nonsense, inessential as it all seems.