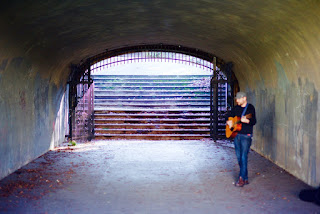 I was kidding about Cato, he knows that I'm not gay. I've had to tell him a thousand times. He is probably being heterosexual somewhere right now.

Well, I had meant to spend a part of the weekend cleaning my apartment - as in: a deep winter clean - but I never did get around to it. I was too busy being a weekend worrier. I did create two stacks of books to get rid of, though boxes and boxes of studio and computer cables from previous years have gone untouched, unused for a decade or more now. They sit, waiting to corrupt the next electrical signal that passes through them, if ever. My plan is to minimalize my life. There is too much clutter filling the closets and rooms. It is overwhelming. I wish now to be underwhelmed by my living conditions.

I'm being told by Apple's OS that minimalize is not a word. The OS is wrong, again, says almighty I. The word does not mean to shrink the quantity of a thing or the thing itself but to strive towards a more minimal life. I wish to super-ize by simplifying.

One of my favorite SNL skits concerns the Queen's visit to America and the instructions provided to the hotel manager for her visit. She wants an entire room that is shrunken to the relative size of the hotel room's refrigerator so that when she retires she can roam around and feel like a giant.

That is Good Stuff.

I went for a new ride with a buddy from the SF on Sunday - the "paradise loop," starting in Tiburon. It was great to get out of Sonoma and ride new roads. There is much beauty in Marin if you can stay far enough away from the hemorrhage that is the highway and the type places that such a functional structure invites, and of course the people. Californians are smug, unhappy, sometimes aggressive, and mainly a humorless bunch. Too many of them, anyway, particularly in this region's Narnia, Marin. They would get the shit slapped out of them in New York for dressing that way. Ooops, I mean acting that way. Every one of these men was privately crushed when Lance Armstrong admitted guilt. They didn't give a shit about his doping, the only shame was the admission.

I agree with them, though for reasons all my own.

I believe that all sports should encourage drug use, even chess, and that the athlons should then compete "to the death." How else are we going to know which of them is truly a champion. The origin of the word means campus gladiator, I hope. Or, one who refuses to fight for the valor of others. I forget which one it is.

I am so full of shit. Why does anybody bother reading here? I'm actively trying to reduce thought, as if it's part of a carbon footprint, and am so pro-dope at this point that I think athletes should be tested and only those that test positive should be allowed to die on tv.

I didn't start the tracking app on my watch until we had stopped for an expresso (I know it... I have become the twat that I warned against above), but the total ride must have been about 20 miles. Nice hills that wobbled up and down towards the sky and then away from it, all along the hilly coast of the bay then up to San Quentin, inland and upwards to Mountain View, then back again.

Well, it was a weekend of doing things, which was great and needed. I had toyed with the idea of getting away but couldn't decide on a location, so two little day-trips it was.

"Microtripping" with your host and hero, Sean.

I came home and seared a ribeye steak, leaving it quite rare, ate that with grilled asparagus, with just a splash and dash of olive oil, salt, and pepper. I listened to the most beautiful music I could find, soft and inviting notes drifting through the apartment, taking with them concerns that need not be addressed, that need not even be concerns. Drank slowly a tea I had brewed as a reward for a weekend well lived. Retired to bed to read until the dark drew me towards and into the dreaming.

Found myself here typing in the morn, wondering what next world, what next.