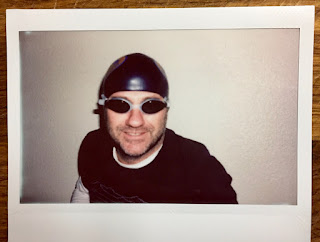 I don't know what it is that republicans love so much about having retarded presidents. They had the last two months of Nixon where he became completely detached from reality, the entire second term of Reagan in which he ascended to being the drooling retard for the masses, George Bush was born a pathetic simpleton, and now we have a man that has advertised his cognitive disadvantages throughout the entire campaign, yet they've cheered him right up into the White House. He's our Make-A-Wish president.

It's like watching one of those clips where a high school will bring their local retard out onto the field, then let him off his leash to run a touchdown in before the actual game starts. Everybody stands and cheers for him. It's a real feel good moment for everyone, the kid gets to believe he scored a touchdown, but it's not supposed to actually change the score of the game. It's just a way to let the good natured kid know that he can do anything he puts his mind to, as long as it doesn't affect the outcome of something as critical as a high school sporting event. The democrats are supposed to be the sympathetic party, but it's the republicans that seem most willing to let Lenny and George call all the shots. 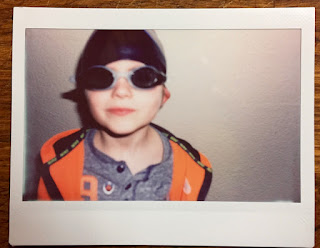 In seriousness, I have to get out of politics soon. It's making me noticeably unhappy. The more absurd it all becomes as it's unfolding, the more unfolded I am becoming along with it. Everywhere I look I'm starting to see people coming out of the woodwork to declare their support for Trump as well as their assertion that they are also Christians. I'm not sure why these two things need to be claimed in this dual way, but there is some public need to make sure everybody understands that they are stupid on at least these two different levels, possibly more.

The democrats aren't much better. They have devolved into group hysteria. I tried channeling some of it yesterday for my post, but I drifted too close and was sucked in, I think. I can't tell, but it didn't work. I loved Mary Tyler Moore, truly. She was one of the first women that I remember getting an erection for and wanting to somehow share its sudden existence with her. I used to have dreams about her babysitting me and giving me spankings. This was some time after not having babysitters any longer. My pubescent mind was interacting with some earlier iteration of myself and involving the presence of a foreign woman that allowed slightly different thoughts to arise than those which my mother generally produced within me.

Moore's spankings did not seem punitive to me as much as they seemed celebratory, delightful, and fun for both of us, which did bring me a few important questions that I have never quite answered. Sure, I may have done something vaguely wrong in the dream, but the punishment was invited by both of us in that liquid place within me. I didn't know what these visions meant, but I knew that I woke up very much liking the feeling, and knowing that this throbbing thing was meant to be kept reasonably secret. I honored Mary Tyler Moore's memory then and for years afterwards by doing just that. She is up there in the permanent spank bank, along with Princess Leia. I've been trying to convince them both to get it on. We go out drinking together but the spark of magic never quite happens. I wake up wondering what's taking them both so long in the bathroom.

It's safe to tell everybody this now because my genital region has become a subject of disinterest for women everywhere. I keep trying to convince women to either look at it or touch it, but their reluctance is uniform. Friends, strangers, people on buses, the women that walk in front of the window to my apartment; it doesn't matter, they all look on in surprise and horror at the situation as it unfolds. I don't know how to make it any more attractive to them. The thing is truly ugly when swollen like that, only a slight improvement from when it's being shy. I keep looking at it and then looking up at them, as if I'm desperately trying to introduce them in the short few seconds while I have the chance, but too often neither it nor the woman looking at it quite knows how to bridge the gap in understanding and to speak simply to one another in a way that makes sense for everybody.

There is that age-old communication gap there and whatever version of sign language that I've been using by pointing at it, rubbing it frantically, trying to maintain eye contact with it and them while gesticulating signs concerning its many merits. It all must seem too desperate, too forced. I need to learn to relax about these awkward initial introductions. You never get a second chance to make a first impression. Maybe if I had a mattress in the back of a van it might help. That way I could recline, make it all feel so much more natural.

I remember a time not so long ago when women liked helping me take my pants off. They would oversee the operation with enthusiasm. I'm just not entirely sure what changed, and neither are the cops. One explained that this is just how things go, that I might need to find a different way of making friends. In fact, both he and the judge insisted on it.  They gave me plenty of paperwork which outlines how best to manage these relationships moving forward, with a better understanding of the restrictions that these types of interchanges now require.

Ok, so that's out of my system for the day. I'm not a registered sex offender. I'm just feeling a little alt-sexy. 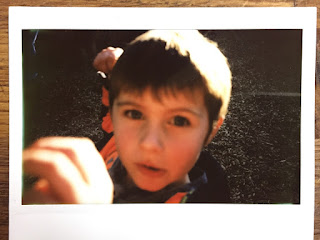 Well, I rode a familiar ride yesterday on my mountain bike, up to the loop of my local little heaven, Lovall Valley. When chatting with a friend from the region I told him that I had been riding up to the speedway lately. He looked at me as if I was out of my mind. On the highway!? he asked in shocked disbelief. I said that Hwy 12 is hardly a highway. He said, Then what does the H-w-y stand for? I agreed that by a farmer's standards it might be a highway, but everywhere else it would just be a two-lane road. I worried that maybe he was a Trump supporter, though he did relay that he had recently eaten acid and had to drive home at night from the city with a carful of like-minded travelers, and how that road had him terrified because the shoulders are so narrow in parts. He was certain that he would have killed me if only the timing of the encounter would have worked out correctly.

So, perhaps it is my choice of roads that is causing me all of the problems.  Something to think about, though there are few options in the region. The highway that goes north is the same that also goes south down the valley. It is nearly impossible to ride any distance without being on it, to escape. I suppose that I could return to riding up the sides of the mountains here, where the roads become steeper and some would say much less fun, and maybe that is true, in a sense. Every bit of forward motion is fought for and hopefully won, but at tremendous costs. The only coasting is dangerously fast and on the return ride after either victory or defeat at the face of the winding incline.

There must be more to life than this.

The boy and I are still taking instant photos, as the mood takes us.

I've been improving my sock game a bit also, hoping that the bright colors will attract the curiosity of a woman. That she might also wonder if my underwear is similarly patterned, and as such, suitable to her hopefully peculiar tastes in such things. 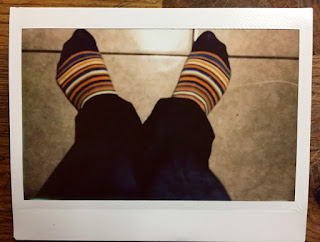