Between Scylla and Charybdis 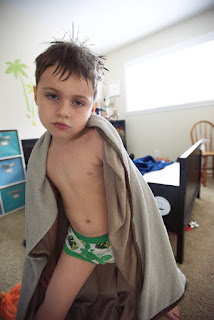 My entire kitchen is in the dining room. Today, I hope, I will move everything back where it all belongs. I spoke with a lawyer who specializes in tenant rights yesterday and he advised me on how to move forward on this issue. Advice that I hope to put into effect today. In speaking with him I realized that I am being a little bit of a whiner. I am complaining that the property management company is doing their job so well that it is an inconvenience for me. The lawyer pointed out that most calls he gets are for the opposite dynamic.

I believe this is known as white privilege - the ability to act as if the burden of being treated well is too much responsibility to bear. Sure it is, but what the fuck... I want peace and solitude where I live, not additional work thrust upon me from the outside. Also, the property manager is a frustrated little douche-bag, so I want to rub his nose in shit a little bit. Hopefully without getting any on my foot.

The lawyer cautioned me to prepare to move, soon. He said that I should write the letter, but that I should expect to have my rent raised or to be served an eviction notice in 60+ days. He told me that they can not "retaliate," but that only lasts for that short period. After that, I am at the mercy of the capitalists and capitalism. Who knows what horrors be that way.

The boy and I decided that we need a new dining room table. We will go shopping this weekend. He also needs a new bookshelf. I bought one from Target for him and I may as well have just dropped the money in the parking lot. It would have been easier, no assembly would have then been required, no need to walk the money out to the dumpster and hoist it in. If it were not for the consumer slowing down the process these manufacturers would be able to transport their products directly to the landfill. Once they figure out a way of charging customers for this as a mandatory courtesy tax then the impeding middle man will be effectively removed from the beautiful cycle of commerce.

Well, tomorrow is the nation's big day, where we celebrate the peaceful transference of power. I imagine this must be similar to what it feels like on the eve before your family puts you into conversion therapy. You want to get away from it so badly, but there's nowhere left to run, and screaming about it will change nothing.

We've just been praying on this over and over. It's for your own good, son, 'cause we love you and we want you to be free. We tried every other approach, even the Catholic ones. We just need to put it over into God's hands now. If God cain't fix it, then it just cain't be fixed. The demon of homosexuality is one of the worst mother-scratchers out there, once it gets down into your loins it just don't wanna let go.