I don't really wish leukemia on anybody's imaginary child, those were just campaign promises. I took the exact same bike route yesterday and had a fantastic 28 mile stress-free ride. Nobody opted to terrorize me with loud noises, auto-proximity, and sudden fear of my own death, so I was more able to just enjoy riding. No children needed to die to keep the universe in the type of imaginary balance that some people call Karma. It's funny how something like that - not living in fear of death - changes your experience, then your subsequent feelings. People ruin everything. Just look at what they've done with America. You're not going to believe who they've made the president there now. It's a corker. I mean, you'll really just never guess. The more he proved that he was incapable of the job then the more that some people demanded that he was the best one for it.

It's a whopper, one for the ages.

I have the whole weekend spread out ahead of me. The ex- is taking the boy to Tahoe, which means that I can kickstart my crippling heroin addiction and get it rolling back up into a steady slumber, as long as I'm all clean in the tearful eyes of Christ by Monday or Tuesday.

Jesus, people used to really do that - not just heroin but drugs of all kinds. I'll never understand how. I used to fraternize with people that had jobs. It was weird, because every now and then as you were settling into a nice four day bender they'd start talking about having to return to work. Even some of the women had jobs. I thought that it was maybe because they lacked self-respect, but now I'm told that this is what they wanted all along. I'll never figure it out. People ruin everything. Women working jobs, what the fuck. I know our new president can't fix everything that Sheik Obama destroyed, but I'm pretty sure he'll keep the women from having the choice of ruining their lives with work. Whoever thought that it would be a good idea to fill the world with middle-aged versions of Mary Tyler Moore. She nearly ruined journalism. If it wasn't for Ted Baxter's acuity and keen mind then the entire operation might have collapsed.

If you examine the two pictures that I have provided below, separated by eighteen years, then the results of employment become more clear: 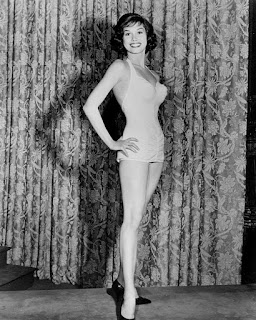 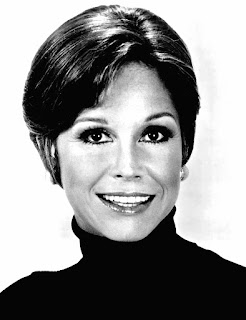 (The woman who invented Steve Jobs)

If you look into her eyes you can see the recognition of her mistake. She was so much happier in the first picture. There is a pool of soft uncertainty in the eyes of the second. As delightful as her eyes are, they are pained by the burden of employment. Only a baby can remove that faraway stare, that thousand light year gaze. This is science. A childless woman is invisible to the cosmos.

It is good that we have these types of images to reflect upon as we embark on returning America to its State of Great.

It's fun to swap the word "great" with some of its synonyms:

A well placed nuclear detonation can accomplish all of those goals in a single flash. One must wonder how long it will take our new El Jefe en Presidente to do the button-pushing math on this non-alternative fact.

America is plagued by two evils: the machismo of Mexican men and American women. They're both stealing our jobs.

As the honorable and esteemed Supreme Court Justice Joseph P. Bradley once wrote: "The natural and proper timidity and delicacy which belongs to the female sex evidently unfits it for many of the occupations of civil life." This was upholding a law which allowed Illinois to not be forced into granting women licenses to practice law. Do you see how he ascribes the ownership of delicacy and timidity the the female sex? He must not have dated any of the corn-fed women from that region, as I have. They are anything but timid and the only thing delicate about them are their trigger fingers.

Okay, I'll stop. Some people will become confused at my ironic sense of detachment and then condemn my sense of humor as being privileged.

Irony IS white privilege, you asshole....

I do wonder how long it will take the new president to put those coal miners back into the ground that they so long for, hopefully sometime before the midterm elections. We're being told now that the problem with liberals sits somewhere between education, the electoral college, and their curious desire to live and work in cities. You know, where the jobs are. The truth, of course, is that they're just a bunch of sore losers. We used to be able to call them pussies, but then women marched worldwide last weekend to take that euphemism out of men's hungry mouths and put it in their own.

It's just so nice to hear everyone saying pussy in public again. It's a word that we can all agree on, pussy. Even my gay male friends are forced into solidarity with it. Make America Pink Again. Pussy has finally changed things for the better.

Irony IS white privilege, you asshole!

So... the new president, our Erector in Brief... Remember the guy that bought the Miss Universe pageant to recruit wives, then was kicked out because he made disparaging comments about illegal Mexican immigrants crossing the border to be lazy about rape here rather than at home? I know, it seems impossible, that this titan of intellect would have any desire to hold a public office, but it's true. He rose to power on the "Make America Race Again" ticket. Some presidents are remembered for the Space Race, others know how to simplify that message down to the one word that really matters. If you want to fight a deficit then you have to cut corners.

The next president will be forced to run on the Undoom the Republic Soon! platform.

I may have just found a new mantra.