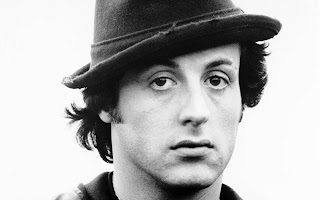 I can't tell if I should have listened to CS more along the way, or less. I suppose it's too late to worry much about it now. He has recently pointed out a fundamental flaw about me: that I care what others think. Perhaps he is right. That is no way to live, especially in relation to some.

I look through the books that I was reading in the late 80s and the 90s, many of which were his recommendations, and they are all very fucked up narratives. Stuff that I might not put on a suggested reading list, though of course there are contenders. It's no wonder that I turned out so fucked up. The only stories I was feeding myself were of comically lopsided people doing terribly flawed things out of desperation or boredom, often without any redemptive qualities at all. This shame was being written about as if it had been elevated to art.

I think everybody should read a few Bukowski books at the right age, the first four novels and a collection or two of poems, but it's not necessary to read everything that he wrote. He is not a writer whose books need to be collected, either, as I did. Much of the writing was bad, very bad - sloppy, bitter, careless, and drunk. He was an awful person, apparently, whose occasional glimpses of beauty were likely a compensatory act, in part. I see that now, and have less patience for it. There was a time when I ignored the quality and quantity of his bad writing because the reward of an occasional sentence or phrase made it all seem worth it. That is the way it goes, when things seem.

I do wonder what the apocalypse will feel like once it really gets rolling. Ah, the old end of days.... when the Travis Bickles of the world get to wipe away the calendar in favor of darkness and light falling upon the face of the earth without the artifice of time, the way that the universe intended. You see, we are celestial originalists. We believe, that time is best which times the least. Our insight into the motives of the Founding Father Time is exclusive, and must be honored as such.

I had an idea while at the gym last night: I was going to re-write the script to Rocky here, serialized. Yes, you read that correctly, the mid 70s sports/love film chronicling the struggles of the retarded Philadelphian-Italian who slurs his way up into pugilistic defeat. It is one of the best films about retardation ever made. It's a sort of, Who's Fighting Gilbert Grape. A true 70s cinema classic, and a cultural phenomenon that preceded the following summer's Star Warts.

If you do not agree with my assessment of this being a great film then just watch this clip:

That pathetic, second-rate jazzercise scene is used to effectively set up this next aggregation of visual brilliance in which we find that our single issue voter is no longer suffering the pains of early morning training loneliness, but is now moving towards the personal triumph of besting a set of stairs, only to discover that he has arrived hours before the Philadelphia Museum of Art opens and that he is dressed quite inappropriately for the occasion:


Once he realizes that the museum is closed he throws his hands up in mock exasperation and does the ritual dance of defeat, returning then to his basement hovel. The music swells as we are led to believe that things are going to finally start turning around for him now.

What is left out is that he goes home to shower, as there are many legs and thumbs that need to be broken that day. His current job as muscle for a loan shark does not allow sick days in which you can visit museums. In my re-telling of this American masterpiece Tony Gazza will be playing a much more prominent role, as he bankrolls Rocky and legitimizes himself in doing so. It is a true message for the times. Gazza 2020, etc.

In a perfect world I would have the time to explore all of these ideas. I miss being in school sometimes, because this is how I should have spent my time there. These clips are so freakin' good. I need a new computer. I have Final Cut Pro, but it doesn't function very well on the failing enterprise of an aged iMac.

Sling Blade Balboa is in desperate need of some additional satire.

Watch this next sliver of truth and wisdom:


"Move your little chicken asses out."

I gravitate towards film clips that do not require feminist interpretation. The seemingly direct truth of  that scene is impervious to post-structuralist explanation. How do you combat the wisdom that "women weaken legs..."?  The trainer, Mickey, seems like a real modern man when he's barking.


Things sure were different when I was supposed to have grown up. People could use the technical pejorative "retard" without fear of censure or derision. Those were simpler times, before climate change and the concept of peer reviewed publications. Political correctness ruined the Rocky franchise. By the time Ivan Drago came along the republicans held a senate majority and our gipper was getting a much needed operation on his anus pipe.


What does our hero then do? He takes his beloved Adrian to the zoo where he proposes marriage.

The only cliffhanger that matters.