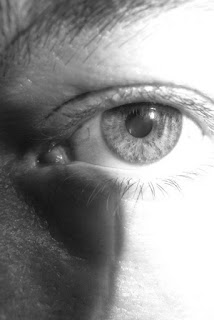 I broke the screen on my iPhone again yesterday, twice. The first time it just slipped out of my pocket onto the cement floor while I was exercising, which left a small crack at the top of the screen, though the device was still perfectly usable. The second drop came about thirty minutes later when I tried to set the thing on the bathroom counter to take a shower. This error, exacerbated by the weakened glass, rendered the device nearly useless as anything other than a weapon used only in desperation.

I told you yesterday that I need sex, now this confirms it. I am feeling edgy, rushed.

Who needs to buy expensive new camera lenses when I replace an iPhone every couple months. Apparently I have grown dissatisfied with the amount of money that Apple will take from me through their own foul doings and now I must augment those recurring fortunes with a charitable accident every so often. They do so much good for the world that I am surprised the IRS doesn't provide an earned tax credit for Apple users.

The phrase "Apple users" has an air of addiction-therapy language to it.

First, I just dabbled with Apple on the weekends. Then, I found myself bringing it to work with me. I started to notice that I would reach into my pocket and check that it was still there more often than usual, but I was still quite good at my job. I began taking longer bathroom breaks, lingering on the toilet, missing midweek days to just lay in bed looking at it, rubbing it. I bookmarked apple.com. I eventually drained my savings and found myself surrounded by others like me. I didn't want to talk to people that weren't just like me in my preferences.

Ah well, fuck it. I was wanting to get the newer 7 Plus anyway. The larger screen and better camera appeal to my wanton and reckless sensibilities. I have never used a case and I am starting to suspect that it might be advantageous for me to consider it. Preferably before the next fatal drop.


I am feeling unusually stressed out. I have considered taking time off from work, though I have no idea what I might do with that time once I was sitting amidst it. I slept for nine hours last night. This nearly doubles my normal amount. It must be stress, fatigue. What else could cause such an unexpected victory in somnus. I suppose I could give free or paid seminars on how best to drink cherry NyQuil and hide from the cops.

What else do people pretend to do. I could do that.