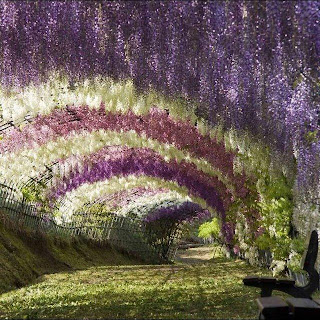 (used without permission)
I slept in this morning. I don't know how it happened. A new year's day miracle, I suppose.
I'm happy for all those who gave their blessings for this new year on last year's social media pages... One must really wonder at such a thing. What sort of a person sees the delineation between numerical years as an opportunity to curse the past and exhort the future. "Goodbye 2012, you can suck my sewer pump, C'mon 2013, Let's rock it tonight like a hurricane in downtown NYC... Woo-Hoo...!!!!"
I could not delete them from my contact lists fast enough. I will try to be more thorough today. If there has ever been more absurd behavior involving a numerical increase in days then I don't know what it is, other than the Mayan thing, of course... I'm certain that these must be the same people.
But, rather than just mock them, this year I have decided to join them. I'm going to starve myself to death in honor of 2013. What better and fitting tribute? I've thought before of ways to end myself, but this one fits the moment. The wrists in the tub seem to be the best - the most peaceful, poetic, and historical - but what do I really know of such things. As morbid as I am occasionally known to be I've never investigated the various ways, success rates, etc.  But few people choose to starve themselves to death. Very few I would imagine, choose to. It does not seem to be a very pleasant way to go. But I believe it is the only legal way.
From what I understand, and I would have to check into this, the government can not force you to eat. If I do check into this and find that I'm wrong, remember that I will be checking on a political/legal point and not just reading up on eating disorders like a high school girl trying to make herself seem more interesting, or serious, or worthy of consideration.
No, I kid. Starvation has none of those effects.
Also I kid about starving myself to death. I would not make a new year's resolution, though I support those that do. A friend announced that he's going to quit smoking last night. I am happy for him, truly. I've never understood smoking cigarettes, though I do admit that there can be something sexy about seeing a young woman smoking in a bar/nightclub. Can be. It is not a given, and it becomes increasingly less enticing if the young woman happens to have a cold and throws an occasional cough in with an exhale of smoke, etc., etc.
But it has been many, many years since I have deprived myself of food. Too many, really.  I used to enjoy it, in an odd way. It gives one a strange sense of their surroundings. When you remove something that is so vital from your daily habits, and then realize that it is not nearly as vital as you had thought that it was, it is empowering. The first time that I ever fasted I was around 15 or 16 years old. I think I went four days, or so. Life seemed strange through that youthful mind-space, a depriving of the flesh.
Much later in life, probably around the age of 34 or 35, I chose to deprive myself of food once again. This time I went much longer, though I did not deprive myself of nutrients. I conditioned myself for this for a few months, exercising rigorously, supplementing my diminishing diet with almond milk and concentrated phytoplankton. So, my body was still getting its fair share of nourishment - though many of my friends disagreed at the time - but without the calories. This went on for weeks and weeks, then I did an entire week where I ate no food at all, doing a "cleanse", dropping to 169 pounds, though still quite muscular. I believe that I was about as lean and healthy as it is possible for me to be. Then, my father had a heart-attack. I broke the fasting diet which was meant to last two weeks somewhere towards the middle, and went to Colorado to visit him.
To give you an imaginary comparison, I am approximately 232 pounds right now, maybe more. I haven't been to the gym in a month where there is a scale that taunts me. Try picking up a 63 pound bag of anything, that is how much excess weight I am carrying everywhere I trudge.
I will forego coffee, alcohol, bacon, all of it. Everything that matters, the essentials. Habitually eating bacon might be a hard habit to break.
But this is not a new year's resolution to lose weight. It is an attempt to gain control over my thoughts, my life; to separate what I have been telling myself from what might be. When I have fasted in the past I have been granted odd insight into various circumstances. Once you remove food from your daily routine your body will begin, after the first stage of hunger passes, to burn off your body's reserve energy as stored in muscle and fat. This can include the release of toxins but it also streamlines your body's process. The body seeks to maintain a homeostatic state, it must be forced to change how it accomplishes this. It can bring a focus to all that you do and think, and can also give a beautiful metaphysical glow to life.
So, if this site starts to seem plagued with strange visions and hallucinatory incantations... or alternately, troubled with moments of clarity and a newfound conciseness, then you might now know a part of the source.
.
Posted by Sean Q6 at 7:01 AM