"Diogenes... now there was a fearsome fellow" 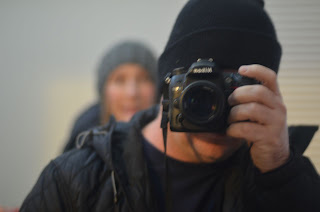 The best stories in life are oftenest the ones we shouldn't tell. There is an excitement in the relaying of the illicit. It brings forth a special component of the imagination, unexpected even to the writer, perhaps to them most of all. Certain events in our lives create their own cathartic purge. They rumble and push from within, searching for a way out even as they are happening. The event creating the release simultaneously with the need for that release.

But not now. If what one has to purge is bitterness then sometimes it is best to let it transform into humor first. My life is an average carnival. The most exciting moments tend to be barely noteworthy disasters. A carrousel has broken free, abandoned its post, several lovers sent spiraling into the popcorn vender. Or worse: a roller-coaster mishap.

I go into SF tomorrow morning, will stay all day into the evening. Will try my luck in a new place for a change. We'll see if the SF police have learned any manners since last we chatted.

I have acquired an enormous amount of new dance music, super cool stuff. There is, at least, that going for me. I have an upcoming gig in Santa Fe on Feb. 9th. It is the date of an old friend's birthday. The numbers on the clock announcing yet another new name for his age, providing a new latin term to describe him, a sexagenarian. I know that he frets over it. Not the actual numbers, but the accompanying feeling of age. There is nothing that can be said about it, nothing to be done. Talk to him about the paradox of time, oh my... His insight on such things has proven to be quite valuable to me, having a 15 year leap on paradoxes.

I have begun to feel the inevitable pull also. I must become my version of a wise man eventually, or remain a common fool forever - not dull, but merely typical. Oh yes, Diogenes was a fearsome man, often given to fits and fists of parrhesia. As for wisdom, I'm not convinced that I see much of it in the traditional roles that have been set out to pick and choose from. Most of them seem only like a matured and mannered meekness, at most a rendition of behavioral ideology, often involving moderate to great financial servitude to local devotions. That, and an awful lot of being quiet, doing as you're expected to do. Never told, always expected.

Others' expectations of you are the worst. They are usually unspoken, rarely uttered, never satisfied.

As people age they decelerate in conversation for a variety of reasons, few of them having much at all to do with wisdom, I think.

That is my wisdom, I think.

I feel like my posts have been getting shorter lately.