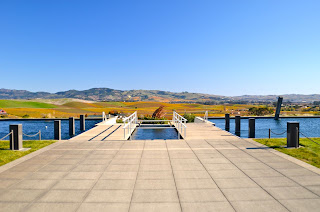 Sunday. A big football game today. San Francisco plays another team from another city. It is our mini-super-bowl if they lose. If they win then there will be an even bigger game against some other city two weeks distant. I will sit at the pub for part of the afternoon, milking my beers at first, then the other, reveling with my region. Maybe there will be a special cheer to learn, unique to the location, something implying a mild threat and likewise used as a denunciation of the weakness of others. Perhaps that's only a college thing, where people learn to doubt everything except themselves.
We had some friends visit from SF yesterday; they are also recent transplants from NYC. We engaged in the obligatory conversation of differences, of which there are many between the two cities. Telling stories of varied perceptions and misperceptions, of the ubiquitous passive-aggression that is partially masked by a sense of spirituality in one place and revered as urban ambition in the other. We had a late lunch and several glasses of wine each. As the afternoon unrolled the comparisons of coasts gave way to the relaying of the silliness of mutual friends, the iphone trading of mildly obscene pictures, then the goodbyes.
There is little to report today, a suburban day with modest suburban tasks. We will go buy a shelf in a few hours, once the store opens. We will lounge and loaf, reading and napping at will. We will try to pretend that the passing of the weekend, like the recurring eye of a perpetual storm, is our reward for having worked, having braved. Later, I will go to cheer at a television with strangers, gladly insisting once again on the supremacy of locale.
.
Posted by Sean Q6 at 8:06 AM