Why do we call it the 3rd Monday of the month? 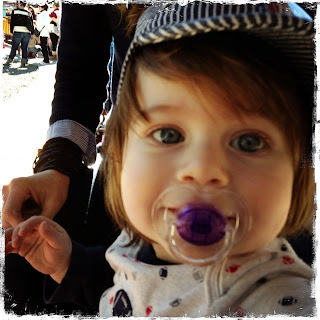 MLK Day, the second in a month. One apparently went unobserved. Either that or my iPhone calendar is lying to me. I have opted to work, for the extra money. Perhaps not the best way to honor Dr. King's legacy, as there are no known civil rights issues in California. They have all of that already figured out here, etc.  I could, I suppose, spend some time responding to a friend online that espoused some nonsense about why we can't call blacks "colored people" any more and now must call them "people of color," but there is no point to it and I have promised that I will spend less of my time fighting with people online. He claims it is a crime of "political correctness" alone. I have not taken the time to correct him on the other aspects of the power of language usage.

Even with my promise to myself, yesterday I found myself knee deep in an argument with an old friend of a friend. He claimed that no man chooses to have a baby, he's forced into it by a woman, or women. I disagreed and a ready-made argument was made. It got rather unpleasant between my friend and he. They have been buddies since childhood and I suppose a time had come to say some hurtful things, the flowing of years of mildly bad blood, I guess. It's no surprise that the more drunk of the two was the more aggressive and insulting.
All of this happened as I watched the SF 49er's beat a team from somewhere else. It was a good game and my bar tab came to $47 without tip, on beer alone. So, I must have enjoyed it. Several people brought in plates of bbq-styled food and I ate well all day long. The theme of the day's buffet was
"Bacon." I am estimating my total intake, in strips, to be around 17 for the day, nearly matching my beers. I believe that approaches the all-time record, if not just over. I just ate another now, a cold one from the refrigerator, a morning victory strip.

Rachel and I went to the civil right's museum in Memphis when we traveled through. The old Lorraine Motel, where Dr. King was shot. It is arranged powerfully, telling the story of civil rights in a timeline that leads you up to the room he was staying in, the tour ending with the door that he walked through when he was shot. This might sound a little bit corny, but I assure you the story that it told, and the way in which it was told, leading up to that moment, was a powerful way of considering American history, and one that everybody should experience if they are given the chance to do so when traveling through Memphis. Nobody, I hope, chooses to live there in Memphis, etc.

I did date, for an extended weekend, a troubled girl that lived in the very gentrified apartments just opposite the museum. As she was driving me to the airport, probably around Tuesday afternoon, I took note of the museum, being right behind her house. She went on to explain to me that slaves were not treated all that badly. I mean, "Why would you mistreat your own property?" She claimed her father was the bass player for Elvis and it must have been true, she had several framed pictures in her place of her dad on stage with him. When I got back home to New York she called and offered me an enormous sum of money to take a train trip with her halfway across the country. She was delivering a suitcase of danger somewhere else. Trains are the safest way, by far, for accomplishing such a task. I declined. She then came to NYC and stalked me for a while. I eventually had to tell her that I thought she was a horrible human and I wanted no part in it, or her.

That's my uplifting "politically correct" MLK Day story.  I realize that I didn't get to address why some people are able to turn any phrase into something derogatory when left to their own devices, but most of you probably already know that....