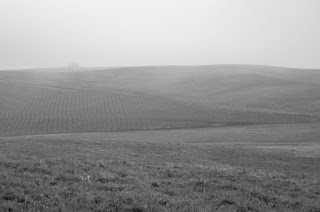 Rhys is sick. Rachel is sick. The Norovirus. I will get it next. Rhys likes to put his hand in my mouth and pull on my teeth. So, it is only a matter of minutes before my abdomen explodes in chaotic mudslide, matched by volcanic vomiting. We'll see. It has not looked to be very much fun so far. I bought a bottle of whiskey yesterday to ward off any evil spirits. I'm certain that whiskey is the only defense we have against this dreaded affliction.

I have been bathing in the stuff.

I'm involved in an interesting conversation online with a friend. He is a gun advocate and he raised the question of whether or not a parent should be allowed to drink when looking after a child, whether at home or out at a restaurant. Why does a responsible gun owner have to live by a different set of rules than a parent. An accident involving a child - and we must assume that there are tens of thousands a year that go unreported - is a common social occurrence. The safety of the child is the parent's responsibility and they are impairing their senses, and possibly rendering themselves incapable of driving, when they might be needed the most. If not actually creating an unsafe environment with or without driving.

There are people who quite intentionally get drunk, then intentionally beat their children to death. Would they have done it when sober? Perhaps not, but does it make a difference? A friend was recently here, relaying some of the difficulties he experienced while working as an emergency room physician in Baltimore. I had to have him stop telling the stories, even though I was the one who had inquired. I don't think the average person thinks about examining x-rays of a child's battered skull, and the emotional difficulty that represents. Sure, these are extreme cases, but so are spree-killings. If we are to treat gun owners as if they are potential spree-killers then why do we ignore that social drinking occasionally results in infanticide.

It's an interesting position. He and I spoke through some of the obvious differences, but the point he makes is a good one. Why are gun owners treated as if they have already committed a crime while parents are routinely pre-forgiven of mistakes that potentially endanger a child much more. How many children die each year because a parent could not respond in time, or adequately? Only in extreme cases are they prosecuted for negligence. Yet a gun owner is treated as negligent without any evidence supporting the claim, as if they are all just a killing waiting to happen. They are treated as potentially negligent, or worse, well in advance of a mistake, rather than afterwards. The opposite is true in parenting. People emphasize caution but then encourage and allow potentially fatal irresponsibility. There's an inherent hypocrisy there.

Yes, I understand that a gun represents a greater danger than a glass of wine, to most people. But do the figures hold? Do we even have accurate figures on how many lives are lost through excessive or casual drinking? Not just drinking and driving, but all instances. Why isn't drinking more regulated? The state could issue i.d. cards that kept track of how many drinks you've had at various bars and restaurants. At a certain point, you're cut off. That would not be that dissimilar from regulating guns, or more precisely, bullets, as some have suggested. You would have to put your card in the car before it would start. How many lives would that save? And driving is not a even a guaranteed right, it is a privilege.

When an accident occurs at home and a child is brought to the emergency room are the parents tested for alcohol? Shouldn't they be? If what the anti-gun side says is accurate, that we need greater restrictions on an epidemic problem, to protect children. Then why is there this massive oversight in another area? Is routine negligence any less damaging? What if the media only reported on the deaths of children every couple of months. But at that time they reported that there had been hundreds, if not thousands, as if they all happened in one place, at one time. If they profiled the parents responsible and put them in the spotlight they way they do killers. What effect would that then have?

I don't suspect the overall social result would be a very good one. People would overreact to the problem, denouncing the wicked, rather than responding to it with much personal accountability. That seems to be what many are doing now with guns, treating law abiding and responsible people as if they're just one dose of Prozac shy of a drive-through shooting at a school.

I'm just asking questions out loud here, and relaying the points made by someone else, and probably doing so poorly, adding a few points of my own. But there's something there. If more spree-killers were reported to have been drunk would it have caused a national moratorium on alcohol, or would we just accept it as the vicious act of an unhinged drunk?

Well, as you can see, I'm right on the verge of solving America's problem, as usual. I want to make it clear that I am not arguing for prohibition, just pointing out that prohibition doesn't exactly work.

It is, after all, Sunday. The Lord's etc.