The Great Crocodile in the Sky 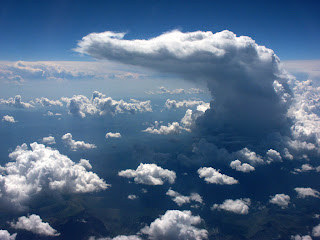 SF was pleasantly uneventful. A few glasses of wine after work with friends, some Vietnamese chicken Pho in Chinatown, then the drive home. I was in bed by 10:30, in a state that would pass for sleep and fool most onlookers by 11. Up at 4:30, still in an imaginary condition that others might call sleep.

I do not miss the drive.

January's wolf moon was one night shy of being full and lit the bay well. The light famously dancing upon the surface currents. To the eye it looked full, complete. I imagined prehistoric arguments between the primitive scholars of the sky, grunting and gesticulating, making their points, drawing lines in the night sky, circles in the air, screaming and pointing at rocks, raping one another. How many better observers of the local cosmos must have been left there to rot in the dirt.

One of the difficulties I have with aging is the almost unstated requirement that I denounce attributes of youthfulness. If not denounce, at least surrender. Grow up! seems to be the silent rallying call. There are the condescending looks, as if my life is an egregious insult to others who choose to age differently. Those who would hang calendars in their homes expressing the joys of life, the wonders of nature, and the importance of vitality.

In my middle years it has become increasingly awkward to continue with pointless arguing. The sky seems wider, loose rocks closer. My youth was filled with it: pointless conversing, making points that I hardly believed. Now it just feels silly, and there are only a few acceptable versions of a silly old man, none foolish. We are presented with a small weakened handful, holding lives that we are expected to choose from, like hardened candy covered in pocket lint. I just don't seem to be one of them. I must be the other guy, having yet to find my place among the Jolly Ranchers. Perhaps I never will.

It's as if there is a giant hand-wound clock ticking off somewhere in the distance, expecting my eventual compliance, demanding it. The great crocodile in the sky; eyeless, but ever searching.

I want the world to be fashioned after different principles. Is that silly, or foolish? Everywhere I look it seems that life is arranged around a barely agreed upon degenerative illness. Everywhere there is sadness and isolation. Everywhere there is corruption. The world barely responds with a shrug, rarely enough to ever shrug any of it off.

Life does not seem to get any simpler as I get older. I had secretly hoped that it would, or that it might. It gets slower, but that doesn't help very much. It's almost as if I'm living in a perpetual state of trauma. All things seem to have slowed down. Enormous details are flooding in from around me. When they say that near the moment of the end your life "passes before your eyes" perhaps it only temporarily regains the momentum of youth. One last instant to remind and torment, briefly confusing normalcy with that of eternity.