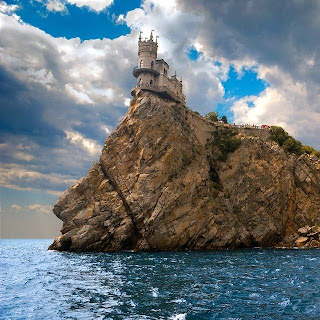 We have more guests in the house, sisters. Rachel's mother and aunt. Rhys' first birthday is Monday, everybody is here to celebrate. Sunday. I have snuck downstairs to write this, where the sisters are sleeping; trying to be quiet. Me, not them.

All the cliches are true: I can't believe it's already been a year. He's growing so fast. Time flies.

I began reading the Thomas Jefferson book that I was given for Christmas. It's great, as I had hoped. I am dreaming in the mid to late 18th century. As I get older I am drawn more towards history and slowly away from literature. Though if there were more books written like Tender is the Night then this wouldn't be true, I don't think. I need to search again, reignite a passion. I have allowed myself to become too sedentary.

I read an article online recently. It reported that there had been a sort of legal convention between English and American lawyers and they had each created studies on whether or not the Declaration of Independence was a legal document with any validity (Thomas Jefferson was a lawyer). Unsurprisingly, the English lawyers found that it was not while the Americans found that it was. Anticipating this the English then showed how American imperialism currently negates any legality that might be found there, that we have turned 180 degrees from whatever noble claims were made. The Americans, also not to be outdone, showed how Jefferson himself had turned approximately 180 degrees from the document within a decade of writing it. Taxation without representation*, all of it. The incredibly short arc from Revolution to Empire.

Just as the Ten Commandments were written by a land and slave owner, so Jefferson became increasingly interested in the protection and expansion of property once he had claimed a nation for himself and his newly-made countrymen. There is really very little difference in the outcomes. They are both doctrines that seek to defend the purportedly egalitarian idea of personal property as embodied in land, one after the fact and one during the taking of it. Little consideration was given to the possibility of land shortage and over-population in either. Those were ideas for a slightly later date. Each silently assumes perhaps that the slaves would simply make more, of both land and children to work the land. Slaves or not, we did one and now seem blamed for not being able to do the other.

But one must never forget that Jefferson's ideas, though they started as noble and democratic in purpose, still assumed the inherent superiority and benevolence of the gentry class. The partial assumption is that these freedoms would serve the ambitious landowners very well for now and perhaps others in the future. He was no stranger to inheriting land, or taking it from others. The Louisiana Purchase completely ignored the supposed natural rights of the people there, rights that he had argued so well for.

Entitlement is the appropriate word for it. There are many in America today who seem to know just enough about him to try and align themselves with his ideology. Many of them not realizing that he hardly aligned very well with his own ideology, in time. There are at least two distinct Jefferson's to choose from. Liberals tend to gravitate towards the early Jefferson, conservatives to the later.

Where did this assumption, so prevalent on the right, emerge: that rich people are basically good and that poor people are basically bad. Not just for society, but as humans. You can hear it in so many of the rhetoric echoes. The vague or pointed assertions that wealth somehow equates to benevolence and philanthropy, if only the government would stay out of the wealthy's business, and that those poor devils at the bottom will do or say anything to take away what is not theirs, that which they will not ever deserve. Like, when they vote. It completely drives them crazy that it's not possible to tax the impoverished right out of existence, as if humans represent far more of a galling economic problem than a societal one.

The poor, on the other side, are entitled to work and pay taxes. Their fair share, as the saying goes. Incidentally, nobody ever argues for giving them a fair piece of land to live on for having done so, a share as it's known. The very concept of equality seems to be more of a curse for some than a blessing. Through democratic capitalism we are all born into a form of slavery and we are each equally enslaved. Some more than others, as Orwell famously noted. A small handful of us, when the time is right, also get to take nations.

I told you that I would be an expert on Jefferson soon. And I'm only 70 pages in!