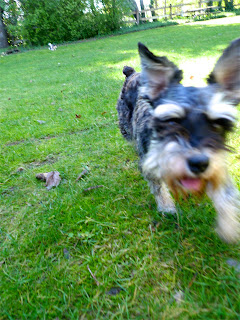 I feel as if I had learned this lesson once before, many years ago, but I learned it again yesterday, on new year's day. This time I will try to remember.... Never, ever drink on a completely empty stomach. I decided that I would taper myself down into starvation by having a few beers yesterday. No more than seven, I told myself.

It seemed like a good idea. Beer is, after all, a liquid.

Things were going pretty well for me until the beer wore off. I stopped at a friend's house and chatted about my life, disagreeing on many important points, then went home and tried to watch some tv. I must have fallen asleep for an hour. When I awoke I had the worst hangover that I have had in a very long time. I did not vomit but I suspected that was only because there was nothing in my stomach to purge.

So, I ate a baked chicken breast. It was, as you can probably imagine, delicious. I adjusted the food plan to match the other, thinking that perhaps I should taper myself down into starvation this way also.

My reasoning, at the very least, had symmetry to it.

The chicken did not noticeably improve my situation. I walked around the downstairs of our house moaning, occasionally trying to lie down to go to sleep. Sleep never came. Well, eventually it did, in a greatly distorted form. But only after adequately punishing me for the timing of my decisions. For the moment, sleep remained a long way off and with much pain advancing and receding between here and there. My head was as a sea of misery, with poison tides to remind in both their flowing and ebbing.

Today I will try a different approach: Slightly less beer.

No, my new advice to those who wish to starve themselves: do not drink alcohol. There is something about the combined metabolizing of food and alcohol that greatly reduces the pain of processing the latter. I know that now. That will be the wisdom that I impart on others in what future remains. I'm living dog days now, costing 7 for each 1 spent.

I have paid the high price for you, and now we are all wiser for it.