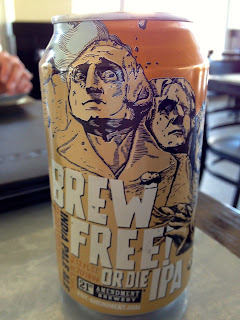 I was up all night, then finally fell asleep around 3am, only to wake up late. So, here is the piece I decided not to post yesterday. I guess I really don't have anything left. Read this mostly as a piece of fiction, the author temporarily having adopted the voices in his head:

I'm guilty of it also, claiming that, "I'm no fan of Obama" but being secretly pleased that he beat Romney, believing the world will be a little bit better with him in office. Now, I wonder... I got into yet another online argument with a friend concerning the possibility of Obama using an executive order to enact some sort of gun control law.

We have drone strikes against American citizens, we have a national surveillance program that few in the press are able to get any answers on, we have the military assisting in law enforcement within our borders, we have an act that was signed into law which gives the president the power to imprison citizens without trial, the NSA is building a data center in the desert - it's stated purpose is to collect information on the online actions of citizens, and now we have a president threatening to enact gun control laws without Congress' participation or approval....

What do we have to worry about?

The changes have been both covert and overt, but they are happening on every level of government. The fear of being entangled or lost in the machination of secrecy will only continue to grow and grow.

I have mentioned to a few people that the right to buy and own a gun is a constitutionally guaranteed right, it is probably not going anywhere anytime soon. They have responded by calling me paranoid. This strikes me as more than just a little bit odd. How, by mentioning the legal framework of our country, am I being paranoid? The things that I listed above, the problems we have with authority overreach, are very real. I am not imagining these things into the press. There are many that are becoming concerned with the overall secrecy of the government and the shifting towards a culture and climate and fear and subversion.

To mention this is not to become it, quite the opposite actually. To be afraid to discuss it openly - as many are - that is the real issue, the fear.

The mechanisms which drive our country are becoming increasingly hidden, both in economics and in enforcement. The alternate shift of gradually silencing the people is also an advancing initiative. That is something vital to be aware of, and to speak openly about, as some are. Why is the most powerful office in our country not open to questioning by anything other than corporate and mostly complicit news agencies? Why isn't there a periodic event in which respected independent reporters also get a chance to ask questions and hold our government and its leaders to task?

The best way to protect speech is by the use of it, exercised most boldly in the free expression of ideas. Though the random use of "hot" words can be helpful also, if done by all. Since this government has chosen to go to war with words, it makes resisting their spying all the easier: just use words, use all of them that you possibly can. They needn't even be sensibly ordered. If they're looking for code, then codify your usage. It's easy, note my new signature file below....

Never use commas : kill rape holy must die bomb secret gunpowder plane airport guns mission never again use commas this is our moment patriots must rise inflict terror import drugs sell cheap state's rights fatwa holy war crusade to purge the Washington act against that which insults your soul nobody has the right to deny this act of patriotism Palin should be shouted at before she eats carcass Obama is the president of state power congress should be shorter do this in remembrance of it being too late already we must act police are too powerful words are rebellious (your name here) (your friend's names here) (accomplices here) drug dealers help me sometimes the troops support the people the truth needs more blood help help help act now everything must go vigilant virgins escape taxes with the 2nd amendment praise be to elementary schools have been attacked this handle is fucked for vandals the pimp hasn't worked since Jesus stole his sandals.

Or something along those lines.

All electronic communications can now be monitored without reason or a warrant. The only way to dismantle this type of misuse of power is by flooding it. You have the right to use all of the words above, in almost any order you choose. What would make this more effective is if you changed the order of the words, or wrote your own, but included them in every electronic communication you sent. If even a small fraction of the country, say 1 in 100, adopted this as their signature file it would render searching for these words almost meaningless. If 10% did so then it would effectively shut down any overarching surveillance program, making it nearly impossible to monitor and decipher that much data in any meaningful sense. They would be literally overwhelmed with words that they had "caught" in the open air.

I have just about had my fill of my conspiracy theorist friends. It is no longer a conspiracy, it is open fact. The United States government is actively moving towards becoming the most powerful and resourceful police state in the history of humanity. That's not paranoia, it's openly occurring. The difference is that those in place of power are becoming less and less ashamed of its happening.


I have heard the whispers, for years: Don't do this, oh, Don't say that, We're on the phone, Shhhhhhh.... The bywords, and by-actions of fear. Effective fear.

Stockpiling guns might not prevent governmental tyranny, using language will. That is why there is a 1st amendment, dear comrades.

I have just tired of hearing the pale, limp reactions of those who are "tuned in to the youtube truth"... Bullshit. Put your mouth where your fear is, stop acting like a bunch of frightened hippies and actively resist tyranny. The time has come... (add that to your signature file)

Our current president put a supposed stop to public torture, but he seemingly has no qualms executing American citizens without a warrant, or trial, even children. I mentioned this online the other day and somebody actually responded with, "Did I miss something? They were associated with Al Qaeda?"

Holy Christ.... What the fuck? Maybe god isn't great, then.

When did this sort of behavior become acceptable as a form of government policy? What civics class teaches this version of The Constitution?

The true monstrosity of hypocrisy: "Support The Troops..." How, really? By being complicit in active campaigns against freedom and basic human rights? What complete and total nonsense. If you want to support the troops then start by expressing your freedoms, not handing them away as if they're a danger to anybody bold enough to use them.

The war against terrorism is an open lie. The terror, however, is not.