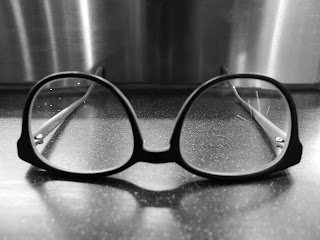 I awoke thinking of exile - dreaming in distance, visions of absentia - the various recurring conditions of banishment. Time forcing us all further and further from what we came to know as our lives. The universe punishes the nostalgic by giving them a small taste of glory early in a long life.

I tossed and turned, almost praying to myself for inner stillness, wishing for the return exile of sweet sleep. It never came.

I checked my phone, a friend had posted a quotation by Zachary Stein in which the author was comparing Jewish and Irish despair. My friend included the Irish portion:

"The Irishman's complaint lies not with his circumstances, which might be rendered brilliant by labor or luck, but with the injustice of existence itself. Death! How could a benevolent Deity gift us with life, only to set such a cruel term upon it? Irish despair knows no remedy. Money can't help. Love fades. Fame is fleeting. The only cures are booze and sentiment. That's why the Irish are such noble drunks and glorious poets. No one sings like the Irish or mourns like them. Why? Because they're angels imprisoned in vessels of flesh."

I question the nobility in drunkenness portion, it is more of a persistence... and outright disagree that sentiment is the stuff that produces great poets - though in truth the claim was "glorious," which partially explains the misconception - but there you have it: my morning wisdom, handed to me freely from the underground airwaves of the internet.

Of the two reasons that I used to do drugs only one of them holds any magic for me any more: the occasional sense of transcendence. I thought of smoking pot last night. It is not only legal in California now, it is soon to be mandatory, if certain groups have their way. But I have felt somewhat blasé about it for many years now - smoking it only occasionally, enjoying it slightly less. It has become a thing that I almost exclusively do alone, which is the very opposite of my other reason for doing drugs.

It is strange what time does to the sense of oneself. I put on an album that I used to listen to many years ago: Bobby Bland's "Two Steps from the Blues." One of the great Chicago electric blues albums of all time, 1961. It occurred to me to smoke some pot while listening to it, but then I forgot, the album ended. I miss the sound of a record turning on a player at its completion, looping in scratched silence.

Time passes, everything changes, albums don't sound the same as they used to, because they can't.

In a few hours I will have to log on to a computer and work, communicating with young others, almost exclusively through Skype. Engaging in a form of abbreviated text-speech that is designed to both say and mean less, though to be used with greater frequency, as if that somehow bridges the gap. It is a form of evasion, these flexible little letters that never draw laughs, but rather the occasional smile. Every so often I will show my age in language. It will almost always draw complete airwave silence; my words being only a lost relic blundered in from some foreign distance. Wandering phrases popped free from a breathing time capsule, filled with dust, dirt, and mold. Some stranger, always entering strange new lands...

Thank god it's not Wednesday any more.