Are you lost, brother? 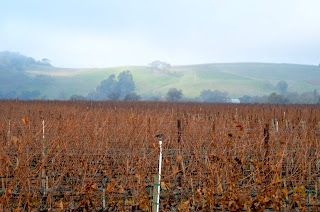 My friend has blocked me on Facebook, the one that's suing me, or has threatened to. His team of lawyers must have pointed out to him that if he is going to claim a genuine offense then it might be a good idea to react in such a way as to feign offense. That, or he finally tired once and for all of my anti-christian online hijinks. A recent post of mine read:
It's somewhat sad to think that if Jesus were on Facebook he would only have 12 friends, one of whom would block him, another of whom would report him, then another billion that would keep his page going 2000 years after he died.
I mean, you can't shoot somebody all the way from Texas, though I believe they're currently working on those type guns. But you can sure-as-shit sue somebody for saying stuff like that. Well that, and other stuff, like quoting somebody. I believe Texas has offered to start putting other states' death-row inmates to death for them, as a courtesy. So, who knows.
The world has lost its mind.
A friend recently pointed out that, "Stupid people can only win through intimidation and fear."
I would attach his name to that quote but I don't want to lose yet another friend. We'll wait to see if my old buddy is actually suing me. It'll be interesting to catalog the experience here. If I get served papers they become mine, I can post them. Won't that be fun for all of us...?
To restate the problem, my friend claimed that I was not allowed to quote him publicly. He claims that everything that he writes on Facebook is his "intellectual property," though both words that comprise the claim are dubious, at best. He believes that all of his stated thoughts are copyrighted and he has not only the right but the DUTY to protect them, similar to his defending of the 2nd amendment. From precisely what he is protecting them, I don't know, but apparently his thoughts need all the protection they can get. I hope they're wearing a condom now, as they sleep.
It doesn't seem to matter that I took the quotation down when he asked. The main issue seems to be the assertion of power over others, intimidation and fear. Though in truth the suit has probably expanded beyond copyright infringement into slander and libel, if not the arms trade.
Ah well, it was only a matter of time before somebody decided to get a lawyer and teach me a good right-wing lesson. I suppose it's time to reach out to some of my legal counsel. They have been scattered in the winds, but I have a special horn that calls them from near and far.
.
Posted by Sean Q6 at 4:48 AM