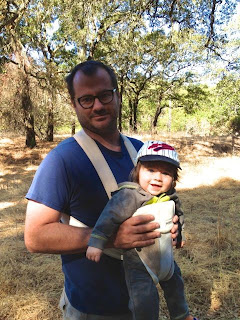 The local farmers have returned from their trip. I went by yesterday and got peppers and tomatoes and squash.

A Jim Gaffigan tweet: "How about a cucumber that tasted horrible?" - pitch for squash

I like squash. I like all vegetables, even lima beans. It is something I've learned as I've gotten older, my body tells me. Healthy things actually do taste good. Kale.

I wish that I would have known all of this when I was younger. I spent too many years eating cheeseburgers, which I will still occasionally do, though not quite as consecutively.

Now I must be careful. My body has become a spontaneous fat generator. I am somehow producing more fat cells than the overall weight in food that I am ingesting. There is a substantial net gain in the process. I'm like a perpetual lipid machine. I tried to sleep on my stomach the other night but it hurt my back.

Ok, a new week ahead of me. I have sent feelers out to a job search agency, again. We will see. The bay area has a lot of jobs in the tech market. It is a hotbed for such things, I'm told. I am eager to try something new. The idea of making money appeals to me. There are things we want. Bookshelves, various things for the house, repairs and modifications. Rachel wants another baby, which seems crazy to me, but what can one do, really? There are hormones that get released and there is little negotiating with them.

I had an idea to tell a story about my brother here today but I've decided to tell it another time. The impulse hit me last night and I made a note to remind myself to tell it. The very thing I've bemoaned not doing in the past, but this morning the inclination has abandoned me. Either that, or it has converted itself into fat cells that are now roaming my waistline looking for a place to call home.

Ok, clearly I have even less to say today than I had yesterday or the day before. I'm not really that fat, I'm just big-boned, with a healthy amount of excess flesh protecting those prodigious bones, etc.

Rhys is right on the verge of saying "dada." He gets very close, he studies Rachel and I carefully when we're repeating it for him. He'll say "ba" and sometimes even "baba" but he just hasn't quite gotten the d sound down yet. He was saying "mama" for a couple days and now I haven't heard him say it in a few.

I downloaded the sample tests provided by the state of California that, when passed, will put me one step closer to substitute teaching. Then there only remains a background test. Simple enough. Each day I get closer and closer to my next cheeseburger...