I believe this is our stop 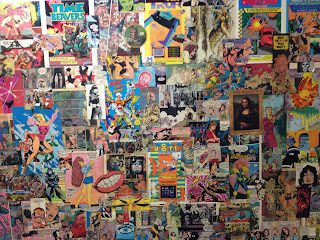 The race to write is on. I just put the boy down to sleep, let's see how far I can get.

Facebook is alight with political, social and economic wisdom. There seem to be only bad guys and then worse guys. The repubs are bad, but not as bad as rich people.  Not all rich people, just the investors. The only people worth agreeing with are democrats, and then only after they've proven that they hate wealth and republicans equally, and as much as you.

I can't help it, I'm lonely. Facebook fills an emptiness in my life. I browse the hallways looking for an open locker, or a discussion, then I pick a side, or political affiliation, and then the pain goes away for a little while.  It always comes back, but then so do I.

It's like when I used to burn and cut myself. That moment of intense pain pushed all other feelings into the darkness. Seize the day indeed, and bring some matches.

At least I'm not smoking a lot of crack.

Ok, that was a joke. Crack actually is a laughing matter, sometimes.

A group of some sort was formed here in Sonoma, MAS, Mothers Against Crystal-Meth.  I might have their name wrong, but you get the idea. They are going to clean the community up, presumably. That is their stated mission.

I always wonder how people become addicted to drugs. I mean, I've seen it happen, from a unique perspective, but I still wonder at people's reasons. Was there nothing satisfying on tv, or did you live in a boring town, or were you trying to connect more deeply with a boyfriend/girlfriend/runaway, or just escape home on your own?  Or, did you just like getting high, a lot. Do you really love music, more than anything? Those are the secret key words. Anybody that professes an abiding love for music is already addicted. Trust me.

I don't know enough about the mechanics of addiction to intelligently comment, so I'll comment the other way. When does recreational drug use become addiction? If you believe the organizations that hope to help people recover then there is no distinction between the two. But I've known people that do a lot of drugs and yet they are not addicts. They can stop any time they want, truly. I've watched them do it, and wondered.

Try quitting coffee. I get headaches that aren't worth it. I'd rather just manage my addiction with rich Costa Rican coffee each morning, a gift from my friend when I was there. Is he an enabler?

Ok, so far so good. I'm trying to not get too wrapped up in paragraphs, in the event the boy wakes up.

Addiction. Well, yes.  I read the other day that 1 in 4 people who experiment with heroin become addicts. That doesn't seem like that many, but the rate is much higher than most other drugs. But those other 3 out of 4 people aren't out there telling everybody that they've tried it, several times, and they never became addicted. If there were then the picture of the drug would become a little bit more clear. But nobody wants that. People don't want the truth, they prefer horror stories. Nobody cares that you snorted heroin a few times in the late 90's, they only really care if you started sucking cock for crack.

"To smoke opium is to get out of the train while it is still moving." -Jean Cocteau 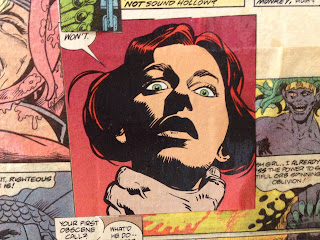