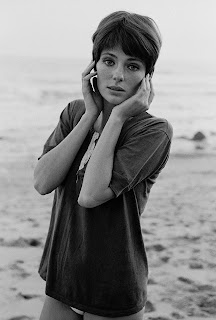 I did do something slightly different in yesterday's post and nobody commented on it. I used only one space after each sentence instead of my normal two. I saw a somewhat poorly written article in Slate magazine arguing for the single space.  I had been told, long ago, that the standard is two.  I never bothered questioning it and have been using two ever since. Yesterday's post begged for one space after each sentence and before the next. I was hoping that it added to the "feel" of the easy piece, etc.

Apparently that article in Slate is the most viewed article they've ever published. How disappointing.

Well, my other site has really taken off. I get about five to ten times as much traffic there as I do here. So, now I'm just going to sit back and watch the money roll in.  I feel like I've just won the lottery...

Well, no.  If any of you know how online advertising works then you'll know that the money is not exactly rolling in yet, or possibly ever.  I still have much research to do on how to maximize my efforts.  Everything takes time.  But the traffic is exciting.

Ok, I have much to do today, many unfinished efforts lie scattered around my mind, and desk.