I would have loved her forever.... 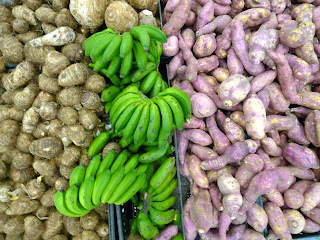 Last night, after we put Rhys to sleep, Rachel and I went for a jog.  Do not worry, Rachel's mother is here, we did not abandon the child in its sleep.  We took a familiar route, about three miles.  It was at the end of a particularly hot day and we were both exhausted.  It felt good though, if for no other reason than we get so little time together.  To be able to do anything on our own, together, was itself a marvel.  It is all that is needed, to feel that something is possible.  It is the perpetual feeling that things are impossible which can make life seem unbearable, as if the only foods to be eaten are hot peppers. 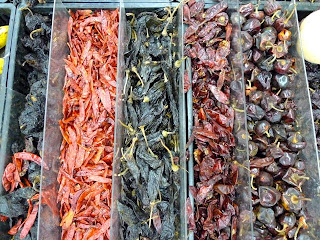 Some brief stories from my trip:

Flying is a familiar routine.  Somehow, unknown to me still, I was upgraded to first class on my flight to Costa Rica.  This meant what you can imagine, I drank persistently and with great pleasure.  Whoever is responsible for that upgrade will have a special place in heaven.  I will see to it.  I just need to call the front desk and leave my credit card number, then all will be arranged for all of eternity.  I imagine heaven to be a massive Vegas-style hotel where there are no doors on the rooms and no return flights home.  Everything there is purchased on credit with compound interest.  Your love for god will grow over time like the debt from a student loan.

Flying in "first" did give me one very brief but satisfying encounter.  On my flight from SF to Houston I was sitting there, enjoying the minor luxuries, when I realized that somebody was being told that the bathrooms in the front of the plane are for the first class passengers only and that they had announced that the economy class passengers were to use "the lavatories in the rear of the plane."  I glanced up just in time to make eye contact with one of my old managers at Apple as she was heading back towards the cargo-hold to sit on chicken crates, piss her pants while waiting in line, and eat her free peanuts.

I had my headphones on and our eyes only met briefly.  I didn't even have time to respond, which was lucky, because I didn't show any real recognition or desire to say "Hi!"  There was only the brief sight of her being openly scolded by a system that I had no control over, for barely discriminate reasons.  It's not as if she did anything necessarily wrong but rather only that she hadn't done more right.

I'm certain that she sat and imagined the many waves of joy that surged through me at such a chance episode.  She was the kind of stern-jawed woman that populates cop heaven.  It was, after, all just policy.

After I arrived in San Jose I was waiting at the luggage carousel.  It is also a familiar feeling.  I was a sort of Deja DJ, standing there waiting for a metallic record box to come tumbling out of the belly of the terminal, trying to seem cool, as if I had much better things to be doing, and always had.   Lucky, because in that place it is an easy stance to adopt.  I waited and waited and waited.  The box never came.  It was a present for my friends.  I had filled the box with rare old records, mostly ones in which I have double copies, but a generous gift nonetheless.  Finally, I walked over to the counter to report that my box had not arrived.  "Did you check the oversized area?"  Amateur.... Of course, it was waiting there for me.  Now I was at the very end of the customs line.

Once making it through the airport baggage claim and customs I emerged on the other side where there is the bustling confusion of San Jose; much excited noise, people waving signs with names on them in your face, questions about your destination, and many taxi drivers scrambling to relieve me of my burdens.  Though after drinking for about 12 hours straight between the two flights and the 4 hour layover in Houston I must have looked like Chaka from "Land of the Lost" and had the breath to match, because an opening just seemed to appear in front of me as I made my unreliable way towards some destination on the other side of this melee.

On the return flight I was not as lucky, though luck still favored me.  When I arrived at the airport I got in the first class line and checked in, feigning confusion that I was not also upgraded to first class on those flights as well.  They did what they could, they upgraded me to "Economy Plus" towards the front of the plane where there is slightly more leg room.  They put me in the very first row of "Economy Plus" where I could smell the free drinks, and even see them, but was offered no taste.  I sat there staring at the little blue curtain on the tops of the backs of the chairs that separates the two seating areas.  I pretended that it drew back and a puppet play emerged where the heads of the passengers in front of me were.

It was a tale of deceit and betrayal....

I imagined an entire advertising campaign for the production.  The posters showed two puppet figures languidly entwined in the almost dark, lit from above by a streetlamp.  The caption at the bottom reads, "I would have loved her forever but she had the eye of an octopus, and its heart as well.  She had one inky hole, and all of her tentacles drew me backwards into it..."

It was a passionate melodrama, of sorts.

We begin casting for voice-overs on Monday. 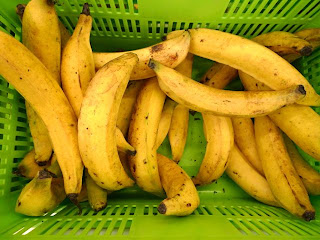