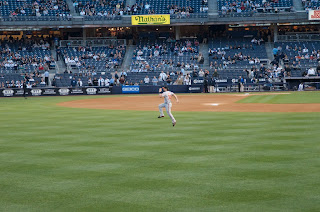 Up long before the sun and the moon. Today is the new moon so they will rise together, one unseen. It will cross the sky near the sun. They don't name the new moon the way that they do the full moon, to my knowledge, but they should. I guess one could consider it the ending of the Sturgeon Moon, or the beginning of the Harvest Moon of September, then comes the Hunter's Moon of October. Then there are more after that. We will get to those as they come.

Guests arrive today, visiting from Florida, a whole family.  It will be a somewhat new experience for us. We've had guests but this will be our first experience with having a whole family as guests.  What could go wrong? We'll all go to sleep shortly after sundown and awake at some ungodly hour, the house filled with the needs of children.

I am trying to break myself of the habit of two spaces between each sentence. It is difficult, killing one's habits.  But we must all do what we can to preserve resources.  I want there to be spaces left when Rhys grows up. Perhaps we can go back and recycle a few. Maybe I will leave some to him in my will. I will find Rachel hoarding them. She will have a shoebox hidden in the closet and it will be filled with them.

I have been watching the Little League World Series here and there when I've had the chance. It has reminded me of my childhood, somewhat. I played baseball when I was younger. The coach never liked me very much. He believed that I was a smart-ass and he seemed to enjoy punishing me more than just about anything else he did. I remember one instance in particular. He used to make me run laps for "insubordination." That's what I called it. I doubt he knew what that word meant. One day I just told him no.  He threw his finger towards the field, which was my cue to take off running, and I didn't. I explained that I hadn't done anything wrong, and that just because he doesn't like me there's no reason for him to make me run laps. He asked me if I wanted a challenge. I said that his two sons were on our team, that was against league rules but he had somehow managed it. I reminded him that my parents could file a complaint about it and he'd never be able to coach his kids again, and was he the one that wanted a challenge.

For the rest of the season I played the minimum allowed by the league, two innings each game. He hated me and I hated him. It was a nearly perfect relationship. I played one more season and then quit.

The year before I quit our team made it to the finals, the one with the monster coach. It was the championship game. We were up by one, they had one man on. Two outs and two strikes. One more out and we won, just one more strike. Nope. A home run clinched the victory for them. I remember crying and crying. It all seemed so unfair, though I watched it happen. I heard the crack of the bat in disbelief. I saw the ball clear the fence. I could see it falling far into home run territory as if in slow motion.  My budding excitement of victory turned inward and became a sudden crushing loss, a heartbreak. I watched the kid who hit the home run round the bases, his team jumping up and down at home base, awaiting his arrival there to make it final. I never saw him touch home plate, a point I later tried to make.

I felt as if something truly great and wonderful had been taken from me, though I knew it to just be the nature of the game. Still, I felt cheated. Even though the coach hated me I felt like I was a part of something that was winning.

The next year I was on an even better team, though in truth I was its worst player. I knew it too. These guys were good, much better than me. I'm not even sure how I ended up on that team. The pitcher later arrested me. He had become a cop in the small community where we lived. It is a story for another time, perhaps. I still remember his smug condescension as we drove to the city jail where I waited to be transferred to county. I reminded him that I was only being arrested because of the law. He had to work all day long doing this stuff, I was just passing through. I hadn't done anything wrong, in my mind. But there were no laps to run in an open field at the county jail. There were blocks where as many as 16-20 men slept each night. The cells were made in semi-circles, with two levels, where the guards could see everything that was going on.

The worst part of jail is waking up there, other than being raped, that is. Before you open your eyes you can hear the sounds echoing from within those horrid cement walls, reminding you where you are. You have far fewer choices in jail, fewer than most people care for. You lie there wishing that you were somewhere else, knowing that it will be some time before you are. You don't even have to open your eyes to know.  You know in the darkness. It is all around you, moving in. 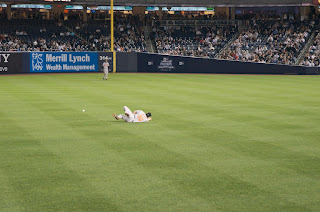