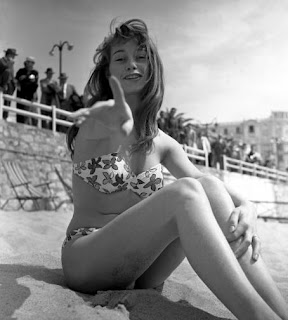 Friday, a day for split infinitives, to cautiously run for the weekend, for a temporary end to all rules.  Grammar is for assholes.  I'm convinced.  The more I read about it the more I believe it's merely a way to subjugate people, and alternately, a way to help people speak and write clearly.  But still.... doesn't seem quite worth it.

I pulled out a Spanish language book when I got home from Costa Rica.  I am going to rededicate myself to the task of learning the language.  We want Rhys to be bi-lingual and we have chosen Spanish as the language we'll shoot for, for both pragmatic and idealized reasons.  I want him to be the poetic heir to Lorca.

Indeed.  I've just had a cup of coffee and am feeling feisty.

I've watched that video of Mailer a few times since yesterday.  It's too bad, really, about Mailer.  He's a klutz.  The funniest moment, by far, is when the older woman (I'm not sure who she is) claims to be bored of Vidal and Mailer's interaction.  Good stuff.

I wish I could just sit all day and watch old clips of Dick Cavett.  If you've never seen the Jimi Hendrix interview then do yourself a favor and watch that here.  He says a few things in that interview that are fun.  There is another interview with Dick Cavett, an earlier one, that I couldn't find in full.  He says a couple things that are really fantastic.  They've edited them now so as to have changed their meaning somewhat, in the hopes of selling them on dvd.  Ah, progress, technology.

I'm going to re-dedicate this site to old images of Brigitte Bardot, maybe, or just for the rest of this post.  The one above is from Cannes in 1953.  Here are a bunch more.  The word "muff" comes to mind when looking at them.  She seems to embody the full meaning and spirit of the word.

Is muff a word?  Can you please use it in a sentence for me.  Is it possible to split the infinitive?