Release the Kraken (In defense of social media) 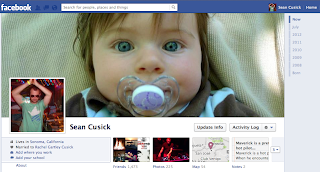 I love to argue.  It often brings me the most excitement that I experience in a normal day.  I'll argue with anybody, over almost anything.  Well, to be more factual: I am conversing, not arguing.  But since most people like to think of what I do as arguing, I'll let it go.  I'd prefer to argue about other things.  Choose your battles, etc.

Most of my life I have heard people bemoan that there is not enough conversation in this country, about "the issues."  But then Facebook appears and this claim can no longer be made.  Or, at least those that are making the claim retreat to, "There is no substantive conversation in this country..."  But for me the substance is the argument itself.  I am equally fascinated with the anecdotes and examples people use to bolster their argument, the cliches, and the semi-illiterate nature of their posts, as I am in the actual content of their statements.  It is incredible.

Now, I spend a fair amount of time on my phone.  I understand that spell-correct and the nature of the diminished screen can have its effects, along with the difficulty of typing with your thumbs.  Add being in a rush to that combination and, of course, mistakes will be made.  But I try to look past those.  I try to see the ways in which people articulate their beliefs in that abbreviated form, that is what is most astonishing to me.

But people are conversing, or arguing, or whatever you want to call it.  People bolster support for issues through social media.  They either post their own comments, or post links to articles which shed light on their beliefs, or engage others on mutual friends' pages.  Their voices get to be heard about all manner of things.

Does it matter?  Maybe not.  Are there dissertations to be found there?  Rarely.  Do many people remove themselves from the interaction because they don't want yet another aspect of their lives to seem unpleasant?  Definitely.   Has it done anything to help unite the two halves of the country?  I simply don't know, but I tend to doubt it.

There is little that I can honestly call "moderate" when it comes to what gets posted on Facebook.  The Chick-Fil-A debacle made me realize that even intelligent, thoughtful people (on both sides) are reduced to SCREAMING halfwits when it comes to issues of sexuality, or sexual equality.  Most of what I saw posted there made me ask, "Who would have sex with any of these morons anyway? They should all abstain, out of deep guilt and personal shame."  No, I kid, of course.  They should abstain because their bodies are evil outside of the context marriage and labor.

But honestly, that the different sides of that "debate" were able to mobilize support for their cause was encouraging.  It lends credence to the idea that a sudden social revolution might actually be possible in this country.  What the results of that might be would be interesting to witness.  I never suspected that the Occupy Movement would be able to solidify enough of a collective agenda to really matter.  But that they were able to do what they did, in the way that they did, spoke volumes.  Screamed volumes.  Do not think that the government at large sat back and just waited to examine the outcome.  They are deeply involved in preserving their way of doing things.  They might have sent warnings to individual cities to reduce the public displays of violence (PDV), but you can know deep in your hearts that they were treating that phenomenon as anti-american activity.

Back to things that hardly matter:

Facebook isn't like having to sit at your friend's house for dinner and suffer their father's dogma: an endless stream of invectives and warnings against "otherness."  Here you get to experience your peers' dogma in its rawest form.  It's like heroin for me, or should I say speed.  Yes, speed, definitely more like speed.  I am sitting here, bleary-eyed, right now, still wanting more media.  Almost unable to speak, craving a beer, wanting to cheat on my taxes.

Some people prefer Twitter, where they get to blast their abbreviated wisdom to the world with much less chance for response, unless you're famous and in a public feud with another celebrity.  Then, all of the rules change.  The press will take up your arguments for you.  But there are no "like" buttons.  You have to put a "dog in the fight" by "retweeting" if you find something you like.  Seems fair, though.  140 or less seems inadequate....  #TooMuchCharacter.

Even though I enjoy much of it, I am deeply committed to poking fun at all of it.  That is my primary joy, in fact.  In this odd new world - which offers questionably little otherwise - the opportunities for irony, satire and parody seem nearly boundless.

My new site, dedicated to just that, got an enormous amount of hits yesterday.

But you know what I've always claimed... luck favors the preposterous.