A ghost from playa past 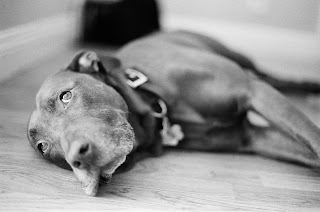 Wow. First I cut my readership in half, then I cut that in half. I'm down to only a handful. I might go back to just writing group emails.

A friend sent a link to an article yesterday where the writer was explaining that fewer and fewer people read blogs any more. The article didn't interest me as much as the length of the comments that followed it. People were writing full paragraphs, online. I had hardly ever seen such a thing. Many now write in sentence fragments or less, punctuating their "thoughts" with emoticons. It simply takes too much time, reading and writing. I didn't bother reading any of the comments but their length impressed me, etc.

Soon magazines will just be pictures....

I saw an interesting article online yesterday. A man had passed away and he had amassed a rather extensive digital book and music collection. His family wanted to remember him and listen to his music and browse through his books. Nope. Amazon and iTunes said that the content they provide can not be bequeathed to others. It is for the person who purchased it alone. If you don't know his password then you can go fuck yourself.

Buy it again if you want to hear it, assholes.

Think about that. If a book is meant to be read, and once you've read a book you might like to pass it on to a friend or family member, who in turn might donate it to a school, or give it to a charity, etc.  iTunes and Amazon are saving the trees, you see. I wonder if any of the billions of dollars they make goes into environmental conservation of any kind. Apple is finally getting into the charity business but it was a resounding "hell No" when Jobs was alive. They've guilted the world into buying digital merchandise, at no real savings to the customer, then they won't let your family enjoy any of the music or writing that you've collected. The concept of owning access to a work of art, and sharing, just vanishes into the aether upon your death. I want to start a website that sells digital art for the home. It's just expensive flat screen tv's mounted on the wall projecting your paid-for, downloaded images to suit the various occasions of your life. When you die your family can only see their reflection in the black screen on the wall. What a tremendous scam life is.

But we tell ourselves that this is the way forward. I can't wait to tell Rhys what an encyclopedia set used to be. Relaying to the little boy the wonder and respect that I had for a shelf of Encyclopedia Britannica's when I was a child, that we once owned a set but in a fit of foolishness I gave them away when we moved from NYC. A few months later they stopped making them. The dvd can be bought from the website, $40, but it's incompatible with my operating system. My computer is currently too advanced for it, I guess.

I just checked, the regular set at $1400 is sold out, all gone. The "Renaissance Edition" is still available though there are fewer than 100 copies left, $4000. Looks like we won't be owning a set anytime soon, if ever.

I packed my bags yesterday and secured a ticket to Burning Man, made desperate last minute preparations to go to the festival. I packed my tent, sleeping mat, bungee cords and a few other basic implements of survival for a week in the desert. As I rushed to get out the door to head into SF to meet up with my friends it occurred to me that we have a guest arriving on Wednesday, the mother of a close friend and her boyfriend. Rachel had never met her before. It was unfair to expect her to entertain a friend's mother for two days while I am out wandering the desert, naked and high on DMT, telling everybody that I am a dj from the past, sent to remind them of something vital that now escapes me.

So, I cancelled the ticket purchase that my friend had arranged for me and went into the city anyway, to meet up with other friends and have a beer. Dejected and sorely disappointed.

On the drive home I fell asleep a few times, the reflector lights on the side of the road waking me up just in time. There is a system to highway hypnosis and sleep. Try not to do it on the turns.