Help us improve our products... 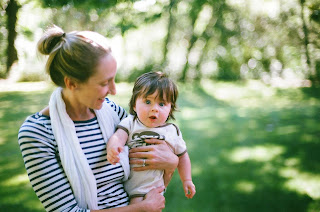 What to do, what to do? Today marks three months after having left Apple. They just won a massive lawsuit yesterday. It will mean bad things for their competitors. It was patent infringement and now Apple will be able to force other platforms further into the background of the market. It is bad for business, overall. But if you'd like to see the neo-fascist impulse alive, well, and dressed in blue, then just go into a store and ask one of the employees on the floor what they think of it. One of two things will happen: they will either have no opinions whatsoever, any of them, or they will smugly explain that the verdict is the result of other companies (they'll refrain from naming names even though the lawsuit was with Samsung) imitating Apple's technology and that's not something anybody's allowed to do.

The first response will have been the result of a company-wide email going out expressly instructing everybody not to discuss the outcome of the trial upon threat of being fired. The second response will just be the universally undifferentiated view of the type employees they hire, a climate they greatly encourage within the company. It is a form of tribal group-think that is astonishing to witness first hand. My favorite thing to do with other technicians was to occasionally just agree with overarching customer complaints. The people who are tasked with solving problems would never quite know how to react. They would look at me as if: You're supposed to be on our side.... They spend more time trying to find ways to deflect customers questions than with how to adequately address design and manufacture failings. If you point out that people have a right to be pissed that their phone doesn't work as a phone and that a CEO should not be telling their customer base that they're simply "holding it wrong," then they'll just look at you, confused and hurt. I swear to it, they all believe in Santa Claus.

It was sometime after the initial iPhone 4 launch that I realized my days at Apple were numbered. It extinguished any remaining sense of pride I might have had for their products, and to be working for them as a company. Much can and will be said about Steve Jobs, but when the leader of a company derides their customer base as being too stupid to use the phone they've just purchased then something is terribly wrong with that company. It is difficult to imagine any other CEO doing such a thing and keeping his job for very long. The devotion that he provoked within his employees was terrifying. Most of them thought it was great... Yeah, you tell 'em, Steve...

They'd make a great invading Army, if only the battle could be conducted with joysticks in cyber-space.

Apple employees (most) can not and do not see the need for any other company to even be in existence. They don't view competition as healthy, they see it as a baffling threat, or merely laughable. Trust me on this. I've heard entire groups of people question why other companies are "even trying." They deride every other company's products as inferior in every conceivable way. When I would offer the lone rebuttal that maybe other platforms appeal to people for the same reasons that Apple's platform appeals to their customer base they'd just look at me as if I've shit on a crying statue of the virgin mary and her son. It's nuts. It is the most self-convincing atmosphere I've ever witnessed. Dissent is neither encouraged nor permitted. If you want to see a bunch of nerds all experience a collective mind fart then say loudly enough for a few of them to hear that you think the new Windows operating system is better than Lion (10.7) and that Mountain Lion (10.8) will reduce their computer to an overpriced iPad, it'll be too weak of an OS for a power user.... Just dare to question the sense and purpose of making an OS that gives the user less power, hoarding more for itself to perform "background" functions.

They'll blather something about "new features".... That's all they do any more, add features and remove power.

Ok, I'm a nerd. I'll stop. The company makes nifty products. I own a bunch of them. I had promised only yesterday to not look too much into the past. I just got excited because it's my 3 month "run-for-my-life" anniversary.

A word of advice to anybody that uses an iPhone: go into Settings > General > About > Diagnostics and Usage, and set that to Do Not Send. Trust me on this. It creates a weakness that can be exploited by App developers (Carrier IQ, among others) that can be used to compromise your personal data.  For anybody interested they can read this article. But, for the most part don't worry too much about it, just turn that function off.

Okay, that's my wisdom for you today. If I suddenly disappear then you'll all know why. I'll be getting my kidneys punched in some underground facility that stores Walt Disney's hatred for Jews, Dick Cheney's heart, and Steve Jobs' contempt for his customers.