Unequal to the task 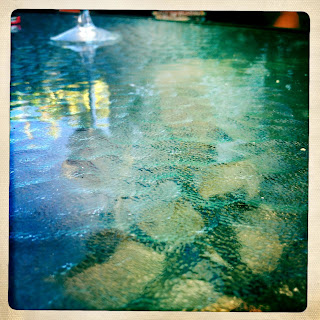 Yesterday was a difficult day, the worst yet as far as taking care of Rhys goes.  There was a three hour stretch at the end of the day where I could do nearly nothing right.  All of the things I tell myself to do failed, one after the other, in recurrence.  I wonder how any of us can possibly be capable of raising a child.  The task seems too large, the resources too meager.  The boy was either disgruntled or crying for almost two hours.  Not quite continuously, but neither with much of a break between.  The experience demanded of me qualities that I do not have.  His little distressed cries went tearing through me.  Never before have I been such witness to the seeds of pain being planted in the human heart.  I, the useless sower, dumb as a stone, standing helpless, holding him, wishing any of the dissatisfaction of his tender little life to be relieved, or from mine, if even for a moment.

I would have apologized, but it would have meant nothing.  For him there is only pleasure and displeasure.  Apologies are as useless in infancy as they are in later life.  It is what we tell ourselves, the lies that make sleep sometimes possible.

Finally, I put him in the stroller and I walked him the last hour before mom came home.  This, at the very least, served as enough of a distraction to keep him reasonably satisfied.  He even slept for five or ten minutes.

I am too exhausted to write any more today.  After all of this, last night, Rachel said something callous about our falling in love.  This was not her first callousness concerning the place where we fell in love.  It was too much for me.  I went to sleep alone in the downstairs bedroom after an hour or so of being angry at her.  All of you must know what good that does... anger is as useful as an apology.

For anybody that wants to read an excellent piece of writing go here.  Ignore the few typos that start the post, it is well worth reading through.