... essential to the storyline 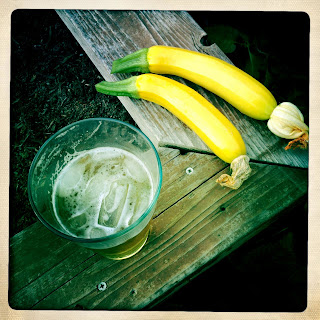 (A still from Traci's first film)

The Supreme Court declared that the republican party is unconstitutional, by a vote of 5-4.  I had thought that beating the conservatives on this issue would be much more fun.  Twitter has destroyed all of life's joys.  Events can no longer be discussed beyond the moment that they occur, and then only in 140 character bursts.  Oh well...

I have no new stories to tell.  I don't really do much of anything.  Taking care of Rhys occupies all of my time, leaving very little room for adventure.  Oh, he and I have fun throughout the day.  But it is not the type of fun that most people want to read about.  I know not to opine too much here on this site, but the temptation is strong.  It is easy to do but makes for boring writing, and poor reading.

This month will be the most "viewed" month of my site ever, unless something changes by late tomorrow.  That is something.  It is because of Facebook, most of my traffic comes from there.  I could accept more friends.  I have a pending list that is about 450 strong.  But I acted like a drunk slut when I first got on Facebook and was sending out as many invitations to the world as possible, accepting all comers.  I thought it was fun, now it is difficult to weed through them and delete.  There are even a couple friends I have deleted or blocked that I had hoped to un-delete and un-block but can't figure out how.  I have taken them off the verboten list but still they do not appear anywhere.  Perhaps they have blocked me also.  That seems possible, if not likely.

I read that Paris Hilton is dj'ing now. That makes it official.  It's truly over.  Anybody that can look themselves in a mirror and know that they share a career with P. Hilton and continue on with it deserves whatever fate awaits them.

Nope, I just did a search for Ms. Lords and found that she has moved on from making films like "Black Throat" and now has a lucrative career in Hollywood.  We are often told that nobody successfully manages to make that leap.

Here is an excerpt from Wikipedia: "While most of her pre-18 films were removed permanently from distribution in the United States, several were simply re-edited to remove Lords' scenes entirely (such as "Kinky Business" and "New Wave Hookers"), or in a few cases, had new footage shot with a different actress playing her part (as in "Talk Dirty to Me Part III", where her character was essential to the storyline)."

That last line's hilarious, essential to the storyline.  That phrase should have been the title of her autobiography.

Again, I kid.  I have no objections to pornography, most of it is quite funny, if not outright fascinating, at first.