I can't get no 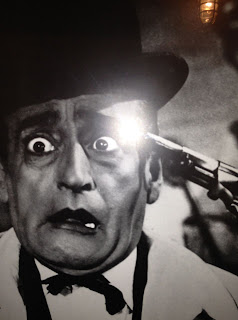 Rolling Stone magazine reports that on this day in 1965 the song "Satisfaction" by The Rolling Stones was released, 47 years ago.  The very early days of Cock-Rock.

It's interesting to hear the speaker's gender reversed in that particular song.  There is a wholly different meaning hidden in the code.  This version does something eerily powerful to the significance of the track.  Cat Power indeed.

I had thought that the original version is on a gold record, along with some other recordings that NASA felt were representative of the human race, flying through space on the Voyager explorer.  I checked, it turns out that my memory of the contents of the Golden Voyager records is off, way off.  No big surprise there any more.  My memories might as well be flying through space, exiting the solar system, entering the nearly eternal void, at invisible yet breakneck speeds.

I can still remember a time when my memory was useful, barely.

As I was growing up I felt that I was born too late, in the wrong time.  I felt that the most interesting parts of history had already occurred and that I was involved in one long slide towards nothingness.  The Reagan years did nothing to dispel this feeling.  I know many claim that those years were great.  It seemed to me that his presidency benefited mostly from being 8 years without a war.  Clinton also enjoyed that same luxury, pretty much.  According to my memory.  Grenada and Somalia were hardly wars.  Grenada was a farce, Mogadishu was a mess.

We listened to the reports of the Grenada invasion from one of the few reliable sources of information being transmitted from the island, a HAM radio operator, where all of the major networks were also getting, then distorting, and distributing their information.  It was a sharp early lesson in propaganda, if nothing else.

I'm all for war, don't let those last paragraphs fool you.  I think we should have mandatory wars.  Congress could sign a bill demanding that we attack a different nation every other year.  It could all be done alphabetically.  We could then bill those countries for the expense of having liberated them.  Colin Powell could get a job as an advisor on security matters and global threats.  Dick Cheney's heart could rule from within the formaldehyde bubble.

Climate scientists predict that the sea level will be approximately 1 meter higher than it is now in 100 years, others deny this prediction as well as the science that predicts it.   Carbon represents 400 parts per million of the earth's atmosphere now, a higher level than has occurred in 800,000 years.  I'm sure it's nothing to worry about, probably just a liberal conspiracy, purely political posturing.  We'll know in another 50 years or so, we'll all just figure it out then.  Time is the one thing we all have plenty of, right?

Every day seems to escape me, each one breaking free from the last faster and faster.  They disappear into a blind past, leaving little evidence of their passing.  I scrape the walls of my mind here most mornings, scratching along in the darkness for the latch, for the switch, for a lever that reverses anything at all.

The world is only hurling javelins at scimitars.