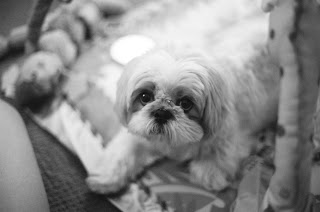 I want to try bath salts.  They must be pretty cool.  Where did all the time go?

If I get about 100 more readers today then this month will be the best month ever for total pageviews.  So, tell all of your friends.... When I look at what pages are being viewed the one that I wrote that day only makes up about 10-20% of the total for the day.  It's fun for me to watch which pages people are reading and what Google searches they're doing to find my site.  I'm certain that it is only fascinating for me though.  I was going to launch into a description but then thought better of it.

I get the least readers on the weekend, about half of what a weekday brings.  Most of my readers seem to be reading from work, considering the servers that they're on to access my site and the times of the day when traffic is heaviest.

Ok, enough about my site. I doubt that's why anybody comes here to read, to hear me talk about the patterns of my readers and my lonely obsessions with their behavior.

I had thought that I would be famous by now.  What could I possibly be doing wrong?  I should have used the name "Traci Lords" in my subject heading and first line of the post yesterday, stuff like that.  Posting more links to articles on my own site.  There are little tricks that I've neglected to learn or to adequately employ.  We'll cite that as the reason for my lack of fame and fortune.  What other possible reason could there be?

I don't know what to write about today.  I make notes in my phone that, at the time of their making, are supposed to give me an idea to write about but then I go back and look and can't remember what it was that I was going to say, or what incident caused the note.  I often make them while I am driving so they are very abbreviated.

These are people that assign themselves their own names, based on either momentary whim or conviction, but have no struggle doing yoga in unison.

She was one sloppy disaster after another.

Voting has never felt quite as good as smoking cocaine.

I was so drunk I went into the bathroom and had a flashback.

A story about the wife of a torrenter, who only wanted to keep his seed alive.

I prefer the morning and evening sun, it makes my shadow look thin.

Bad Company: it's as if Led Zeppelin were Lynyrd Skynyrd.

Why isn't there a standard steak and egg breakfast that includes bacon?

A vineyard on a cemetery. I read it in the carafe.

The sunset teased wonderfully underneath the clouds, just above the mountains, like a delicious pussy in pinks, gone before I could safely look again.  Traffic, always the traffic.

If I hated you then I would have lured you into conversation on Facebook by now.

Sprinkle bunny dust from Easter Island on the decrepit beast and bid it final adieu.  It is the only natural and humane thing to do.

There is something noticeably masculine about her. She walks as if her clitoris is swollen, engorged, and in the way; yet she remains quite proud of it, almost as if it is something she is riding.

I can't imagine having a child and being into heavy metal, the combination must be maddening.

Ok, that's my wisdom for the day.  Can you imagine trying to sort through that stuff to create something sensible?  Impossible.