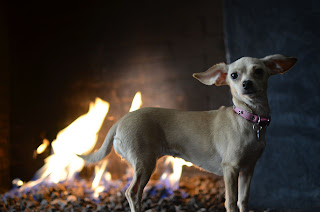 Temporary victory against the ants.  The neighbor brought over a little vial of liquid poison, a thing that was meant to decimate their troops and forever dash their little ant hopes.  He instructed me to place a few drops on a piece of paper where they are entering, directly across their supply lines. They love the stuff, he says.  They bring it back to their mound where chaos ensues, if all goes as planned.  It is the doomsday liquid.

I awoke imagining the carnage.  When I rushed downstairs and checked the piece of paper there were thousands of them still on there.  As soon as they saw me they began to disperse, all over the house.  I suspect that those godless fuckers were cannibalizing their own troops.  I must have been like some great moving eclipse to them.  They dashed.  It was pure ant terror, and I their new god of wrath.  I lost all respect for the supposed "order" of the colony.  The desperate fuckers must have been transmitting, "Every ant for himself!!!"  They made no discernible concerted effort against me.  I, however, scrambled into action against them.  I ran to the outdoor shed where I keep the ant spray.  It was gone, of course.  Rachel had moved it.  I knew this instantaneously.  Women are always moving things.  Always.

She had asked me several days before where the ant spray was and I told her it was outside. She said, "Where outside?"  I responded that it was in the only possible place where it could be outside and with all of the other outside things we own, the poisons.  I guess she didn't like this answer, so she moved it, closer to Rhys I must assume.  It is, after all, a powerful toxin.  I suppose she wanted it to be closer to our child.  I was right.  It was under the kitchen sink, awaiting its discovery.

I went into action.  By the time I got back to the line of ants they had dispersed.  They are always referred to as an "army" of ants.  Absurd.  They had scattered everywhere.  I now wondered to myself if they perhaps also had a hidden navy.  How could so many troops mobilize and evacuate so quickly.  I glanced around for a possible airlift.  None on the radar.  Those gluttonous little fuckers must have been feasting on the stuff because many were left apparently dead in their wretched, chaotic tracks.  That, or they were frozen with fear; an Irish Godzilla approaching from above.  I let them have it with pure chemical warfare, WW I style.  I doused them.  I covered the kitchen floor in a fine even mist of chemical ruin.  I finally felt the joys of carpet-bombing.

It was like Waterloo, and I Wellington.  Let them eat mace.

Nobody can be left alone any more. It is like a law of parenthood that nobody tells you. Every mundane thing must be talked about, and your response is required to every single incident that occurs in the universe, from here until the end of time.  For those who like to prattle on endlessly about the mundane, the trivial, or worse, then the state of parenthood must be wonderful for them and I now understand why they mindlessly crave it.  It's like crack for healthy people.

For others, who wish only to have moments of peace throughout the day, it is unfailing torture.  Never before in my life has my daily conversation been so unnecessarily filled with pointlessness, and you must remember that I kept myself surrounded with drug addicts for more than 20 years.  Even addicts are more absorbing, and make more interesting points, than those tasked or gifted with the rearing of a child.

Finally, a "nothingness" that is foreign to me.

I am already getting Father's Day cards.  They are, of course, hideous lies, filled with saccharine excrement... "Being a father is the most important job a man will ever have..."  If that's true then why do we let a nanny do it for us.  Why don't they just be honest.  It's the second, or perhaps third, most important job a man will ever likely have.  The first always comes with a paycheck and everybody knows this.  Why do we accept lies in place of truth?

Some of you might say, Well, having a job is part of being a father.... This might be true if it weren't so obviously false.  Many people have jobs who are not fathers, more than half of America, I would imagine.  When you factor in women, those who choose to not have children, and those who can not, then I think the numbers will reflect that more than half of the people who have jobs are not fathers.  The two things exist independently of one another, though many would argue otherwise.  I'm currently living in one of the first-hand lies of feminism, equality.  I don't mean Rachel here, she is very loving and supportive.  But many others will openly show shock or slight disdain for my life choices, with directed questions, implication and vague accusation.

I'm just going to keep this Father's Day card with me everywhere I go and read it aloud whenever anybody has questions or doubts.   "Being a father is the most important job I'll ever have..."  See?

Wow.... Well, thank-you.  I might not have ever known this.  You sending me this card is very likely the most important thing that you've ever done, or will ever do.  Imagine that I might have gone through life thinking my child just a terrible mistake, with me running off to work each day like a god-damned fool, thinking that task somehow more important.  Idiot I.

The card could have read, "Being a father is the most important job you'll ever have to your child..."

I know other people that could easily claim, and already have, that having a child was a form of giving up.  "Another One Bites the Dust" is how one friend framed the conversation.  A phrase nearly biblical in its implications, and would be, were it not so closely related to the rock band Queen.  They could have just as easily said, Another Two Bite the Dust, or Three.

From dust to dust does life springeth forth, biting as it goes....

When somebody sends you a card that makes a vast, untestable claim, couched in phony sentiment, no matter how superficial - telling you what you are and then the importance of what you are - then it comes along with certain expectations.  The card is actually asserting a supposition, a prediction, an expectation, almost a spell of witchcraft.  It is trying to say, "I am going to prioritize your life for you and I am going to make that priority known to you with this social incantation that gets oft repeated, never questioned.  Once that priority has been magically established, by me, then I will be in a position to assert my expectations upon you and the role that you have accepted, you silly recipient."

Any rebuttal to such a claim seems ungrateful, if not worse.  For me to respond back to the sender of the card, "If being a father is so important then why is welfare unevenly distributed to mothers?"  Or, "If being a father is so important then why are criminals allowed to do it? "  Yet again, "If being a father is the most important thing that I'll ever do then why did you only send a card?"  A card seems an insufficient gift to match such a task.  I would think that sending me another mother would be more helpful.  If a family supports one another, and the mother's task is supreme, then why shouldn't all families have two of them, just in case.  How much better at fatherhood I might be, a truly load-bearing role, if we only had another nice woman around to ease the burden.  I could help pick her out.

Or, we could hold a contest for her.  It would be the most important contest ever held...