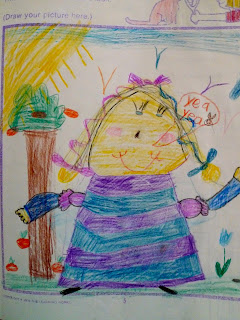 We had what was close to a full moon cross our bedroom - from balcony door to window - for two nights in a row, illuminating our bedroom as it goes.  I've slept with the light of the full moon on my face one too many times perhaps.  Early yesterday morning there was a lunar eclipse.  We couldn't see it against the horizon, the moon was already obscured, below the tree line.  It was still there though, of course - sending me slowly towards madness, taking me with it.

Yesterday was a very hard day with Rhys.  He has responded well to me for some time now, and that relationship seemed to be blossoming.  I thought I had it all figured out.  But then yesterday it was as if he had suddenly changed his mind, he no longer seemed to care for me at all.  He was inconsolable, crying in growing bursts.  It was maddening.  I felt like I had tried all of the things that I knew to try to calm him, none of them worked.  It turned out that he was just tired.  Even though he had slept earlier in the day he hadn't quite slept enough.  He would fight sleep and fight me trying to put him to sleep.   It was what many call a "learning experience" for me.  I am a much wiser man now, almost a woman.

(a joke, feminists relax, or agree)

My parents left this morning.  My father has recently achieved octogenarian status.  An impressive feat by some standards.  I'm over halfway there already.  So, less and less impressive for me with each passing year.  The decades are just cruising by now, barely even noticed.  They are marked and measured in new injuries sustained, rarely recovered from.

My father is beginning to show signs of age.  There is the ever increasing fog in which he lives.  He is still surprisingly alert and aware for his age, but that alertness and awareness requires his attention.  We watched several games of basketball together and he was quite involved in them, commenting about strategies and the history of both individual players as well as the teams they've played for.  But his hearing is slowly getting worse, and his sense of surrounding seems to be dimming.  His wife, Carla, will have to ask him some things several times.  He will often respond to his perceptions rather than the actuality.  You can almost sense the conversations lingering within him, even as the confirmed one has moved on.

The last time he was here he would walk Barkley with me in the mornings. This time he declined, there has been a problem with his hip that he mentioned in passing, a thing that I believe he wanted to keep from me, an injury of some sort.

But he's made it to 80, he gets to do and say as he pleases.  That's what I told him, anyway.  It's just pleasant to see him happy and to get along so well with him,  something that has hardly happened since he was almost my age.