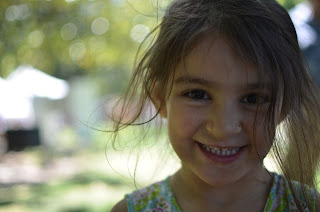 A new schedule, starting today.  I watch the boy in the mornings now.  In the afternoon and evening we will have the nanny come, giving me the remainder of the day to achieve something, hopefully a gainful accomplishment of some sort, monetary if possible.   Not having a job has been great, but having less money has not been quite as fantastic as I had envisioned.

It is one thing to think money evil, it is another to live a pious life.

Tomorrow my father and step-mom return home.  We will have an "empty" house again.  By empty I mean no visitors.  There will still be the nanny, the nanny's daughter Violet, the other part-time nanny Lisa, Barkley and myself, etc.   There were also some ants that made a highway through our place from the front door to the back but I chemically evicted them and shut down their toll road system through the living room.  There are an abundance of spiders outside, occasionally inside, and mosquitoes often come up from the creek just as the sun is setting.  Rachel saw a deer the size of a giraffe in the backyard.

Beyond that the place will be empty, just Rachel, Rhys, myself and all the rest.

Some of you might remember me moaning about my 401k and the potential for loss, if not outright disaster, at the iniquitous hands of others.  Well, it has lost $1000 in the last month.  I am told to blame the degenerate Greeks.  I don't trust anybody, especially the Turks...  It seems that all of these systems that are supposedly set up to benefit me never quite work out that way, like Europe for example.  It is only a matter of time before we learn about some new scheme, with some new name, a pyramid and ponzi merged, a ponzimid scheme, then all of my money will be gone for good.  I'm certain of it.

I'm not an advocate of people losing their minds and running completely afoul of decency and societal restraints, but I see why it happens.  As I get older it becomes easier and easier to understand.  Before you know it you've found yourself building a small tank in your backyard on the weekends.  One day you just decided to take it out for a spin, without realizing it you've ended up heading towards the police station.  One thing leads to another, etc.

I have often struggled with feelings of detachment, as if I don't belong anywhere, that I am not comfortable in my own skin - that other humans, even my close friends, are remote from me at times, as distant as the stars - that I am drifting away from life.  I counterbalance those feelings with occasionally misplaced passions; stretches, reaches or grasps towards something meaningful, whether attainable or unattainable, or otherwise.  Anything.   I have lived most of my life fluctuating between despondency and fervor - sometimes genuine, sometimes feigned, and then at other times anywhere between.

I wrote this in the early morning.  Since then Rhys has had a terrible day. He has alternated back and forth between being perfectly happy and being inconsolable, wailing in misery.  None of the normal remedies have worked to calm him.  Rachel is coming home from work, her first time doing so for the care of the boy.

There is no way to "detach" from this, no way to remove myself from it, to just not care.  I am exhausted and I have only been watching him for 5 hours.   The burden is immense and ever growing, the challenge ever changing.

He will be 5 months old on Wednesday, and I just shy of 5 months wiser.