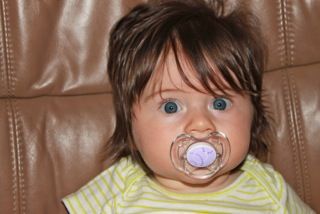 Speaking of limps...  I have some damage in my lower back.  The vertebrae are pinching the nerves in my spinal column as they fan out to my lower extremities.  The S1 and the L5 and then the L5 and the L4 are pressed together creating a bad scenario for me, pain and tingling all down the left side from the back.  There is about 50% nerve damage so far.  My neurologist said that I need an operation, two years ago.  If something is not done to change the situation then eventually the nerves will not be able to repair themselves.  They will be past the point of no return.  My left leg will go the way of the dinosaurs, taking me with it.

I must have forgotten about this when I left Apple, the nagging pain and discomfort.  My insurance there would have paid for it, as well as being paid for time lost while out from work.  Leaving the job only resolved some of my problems, I guess.

It should come as no surprise that my affliction is known as radiculopathy.  Pronounced: Ridiculous and Patheticy.

I made a list recently of the many things that have begun to go wrong from aging.  I was going to post it but as I read across my various complaints I realized that it's too depressing, even for this site.  It ends in death, as Hemingway would remind us.  ...and he is no true-story teller who would keep that from you.

Selavy has gone into radio-silence mode.  I don't blame him.  Perhaps his readers will look here for evidence as to why.  So here's what I know.... All I am certain of is that it's because of the Belgian retard.  He just couldn't take it any more.  He said that he hates America as much as she does, and he wants out.  He wants to provide "material support" to terrorists, aid and comfort, etc.  He wants to trade slaves, all of it.  Industrial evils are his new passion.

No, he didn't say any of this, but it is what I would have him say if I could, sort of.  I would turn the battle into a Constitutional one, somehow.  A televised debate about the emergence of nation states and the supremacy of Coca-capitalism.

Go read the comments section from his last post, the daily coven there is understandably distraught.  They're already hissing and clawing at one another, blaming each other like wet rats on a sinking ship.  It's like The Maltese Falcon, or was it Beat The Devil ?  One of those two old noir films where there is a group of fiendish criminals trying to work together but being far too filled with their own delusions, faults and greed to do so.  No, it is not like that.  They are not working together.  They would not.

Well, maybe it's not like that at all.  It's just the retard.  I blame her for America's ills.  She doesn't seem to understand that getting a new camera doesn't make a person happy.  I can see why she hates America so much... And now... we've even lost Selavy because of her.  Oh well, C'est la Vie, as they used to say.

No, I am just kidding along here.  Life is short and painful.  I do not seek to add to the pain.  I am still young enough to want to argue with others though.  But that impulse is leaving me, slowly.  The contempt has ravaged my body and left an empty shell in its wake, a husk of a human, corn that has been popped, the dried skeletons of better times.

I should be just about dehydrated of quarrel by the time I finally whither.   I am trying to be frugal with my meanness to the very end, to make sure there is enough to last into my waning years; the final close to my cruelty, the sunset of my savagery.

Who knows.  Perhaps god, in his infinite wisdom, will find a way of preserving some little kernel of barbarity within me.  Like a seed it will hold its potent magical powers until properly germinated, from whence it will spring forth -  a new era in personal wickedness, carnage and mayhem will emerge - and I riding the tempest like an inebriated immigrant crossing the border over into Arizona....

Consider the ravens: They do not sow or reap, they have no storeroom or barn; yet God feeds them. And how much more valuable you are than birds! Who of you by worrying can add a single hour to his life? Since you cannot do this very little thing, why do you worry about the rest? Consider how the lilies grow. They do not labor or spin. Yet I tell you, not even Solomon in all his splendor was dressed like one of these. If that is how God clothes the grass of the field, which is here today, and tomorrow is thrown into the fire, how much more will he clothe you, O you of little faith!


Wow, my morning tea really began to take hold towards the end there...

Dismiss this post.  It is only the product of usual pain.

(Addendum:  Apparently all is peachy over at Selavy. I went back to check and they have all made up and are in perfect accord with one another again. Oh well.... next time... For now they're as happy as a bunch of nuns.)