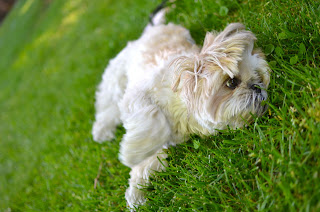 I am in a lightly foul mood.  My life is suddenly crowded with expectations and otherwise.  All I want is to recede, to relax.  I merely want to lie in bed and read, for years.  To write.  What could be wrong with wanting that?  It is not easy.  There is the boy, and the mother, and all the others' wise.  I would go into details, but here and now is not the place nor the time.  Somewhere else and much later makes more sense, when I will laugh about it all.

It will all work out in time.  I will bore of this life and will seek to give my life gainful meaning.  I only hope to find something that I enjoy doing, something that challenges me in a satisfying way.  An occupation that has complexity, a relationship between effort and reward, autonomy (even within a "team" setting).  All of the things I didn't have at Apple, etc.

Speaking of being challenged in a meaningless way....

The Belgian retard and I have been at it again over at Selavy (comments section).  I try to be good, oh dear lord, I promise, I try.  Selavy is right, of course.  There is no point in any of it.  Let people think what they want.  There is little chance of swaying anybody from any one thing to any other, and there is no known cure for her particular brand of stupidity, it appears to be a quite persistent condition.  Reason and humor are useless and lost.  But I do so love to argue, I guess.  She will start ranting about America and the death penalty for porn (read back through his posts) and I will finally lose any ability to restrain myself.

I have, at least, shown moderation in responding to her with quotations.  That should cheer me for a while.

What finally set me off was her criticism of Selavy's work.  It was not bold enough for her, it seems.  She threatened to not like it if he gets too conservative with the poses.  She presumably wants enforced vulgarity and he has not provided it for her, so she sent her dimwitted communique of correction and admonishment.

There are strong themes running through much of his work - loneliness, vulnerability, feigned modesty, repose, silence, anonymity - that have apparently escaped her all along.  She seems to have seen only the nudity and then the suggestion of whatever else she wants to see there.  It is all there to be seen, to be certain, but it is only a component of the work rather than its sole purpose.

That is my humble, American opinion, anyway.

Ok, enough about her.  I have promised not to pursue a quarrel with her on Selavy's blog.  But I have decided to give her a voice here on mine, in this post's comments section, if she chooses.  So, bring it on, my witless dolt .  I've got plenty of free time on my hands now and would love to summon your ignorance out into the light once more, where it can be seen plainly for what it is.

I'll be okay without what passes for discourse with her also, of course, but it gives me something to write about.

Also, I am using the term "retard" in the appropriate and expected manner.  It is not a slur, it is a technical term.  I am referring to her effect on art; I am "verbing" her.  She has slowed down the progress of an artist.  She has discouraged him from pursuing an artistic interest and impulse, and he has responded ("Posting a naked boy here was apparently a bad idea. Overwhelmingly people didn't like it.").  By pure definition she is retarding the process of art, making her a retardant.   I have shortened the term only for simplicity's sake.

I mean no harm. I only wish to be clear.  She is a verb, hopefully soon to be verboten. 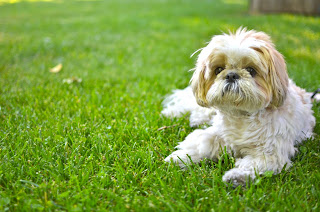