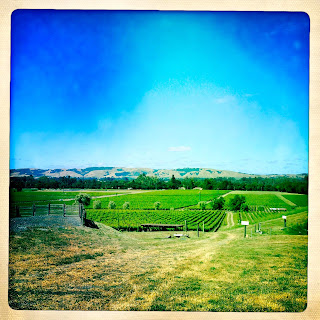 I've learned not to waste too much time writing on the weekends.  Far fewer people visit.  When they do they browse through the last few weeks of posts, mostly.  This would seem to indicate two things.  That most people read this site while they're at work and that the people who don't, or can't, will catch up as they can on the weekends.  I've noticed that holiday weekends bring the fewest new visitors to the site.  So, with that in mind I'll keep it short today.

I've mentioned before that I should have never started looking at Google Analytics, or the Stats page here.   I knew that it would disrupt how I felt and thought about writing here each day.

With that in mind... I've decided to change the tentative title of my middle-years memoirs, the 2nd volume, from "Hookers Don't Count..." to "Bring It On, Retard! (Tales of Courage)"

I went for a bike ride yesterday.  Across Sonoma from west to east on Napa St., from Boyes Hot Springs to 8th Avenue East.  Then south down to Gundlach Bundschu, into their property and up the winery hill that leads to the tasting room.  From the side of the road I snapped the picture above, my heart thumping wildly in my chest, panhandling for mercy, for change.

There were little birds chasing the bigger birds away from their nests all across the valley.  Angry mothers of a small pile of delicious eggs, I'm sure.  The fields, many of them, had been freshly mowed by large tractors, in preparation for what is to come.  A skunk lying dead in the road, scent being almost its last reporting to the world.  There were vultures already circling above, prepared to receive one further message.  The picture below was snapped on Watmaugh Road as I headed towards Arnold Drive, and the last major turn before heading home, almost due north.

I struggled to keep a steady pace as the ride wore on.  I was in the flattest part of the valley but my legs begged.  I glimpsed a cow barely peeking its head over a hill in the distance, bored with the weekend before it had even arrived. 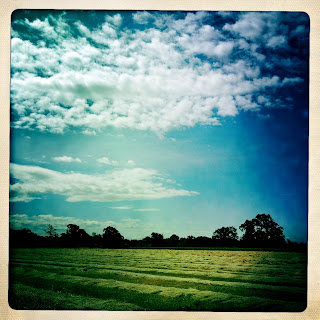