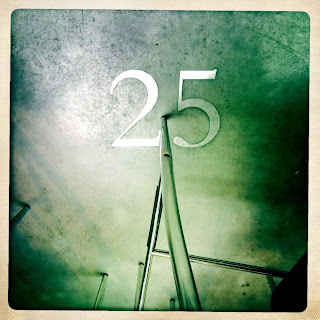 Very few people liked to be punched in the head.  I'm not one of those that do.  Let me tell you the story.

A friend of mine and I went into San Francisco for the afternoon/early evening.  We took the B.A.R.T. from Oakland to a wine bar in the Ferry Building, just across the bay, near the piers.  We sat and drank several glasses of wine.  My friend knew one of the bartenders.  We were getting a very good deal on the rather expensive glasses.  When that was over we took a long walk through the streets of SF, looking for another friend at another bar, and then another.  Finally, we were drunk.  We decided to get something to eat.  When we walked into the place I went to the bathroom while my friend ordered from the counter.  I found a table and prepared to feast.  Things went downhill rather quickly after that.  There was an attempt to make it to the bathroom which resulted in a floor spill, then there was a spill of a whole other kind once he hit the the bathroom.  Clearly it was time to go.  I collected myself.  My friend was already outside, waiting.

As I began to leave they told me that my friend had not payed.  When I saw him at the counter ordering he had his wallet out.  I chose not to believe them.  I walked outside, looking for my buddy.  He was nowhere to be found.  They demanded payment and I said that I neither ordered the food nor was I going to pay for any of it.  After some negotiation I said that if I were to pay anything it would only be for mine, but that I was going to verify with my buddy that he had not payed first.  This was unacceptable to them for reasons I still don't fully understand.  Two of them began pushing me backwards.  I warned them to stop, reminding them that it's not polite to push somebody, and that it is also a violation of the law.

After they determined that the pushing wasn't working they each decided to put their hand on my throat also, not exactly choking me, but threatening to do so somewhat, pushing me at the throat.  I was not swayed by this tactic either.  But I decided that I had had enough.  I told each of them that if they put their hand on my throat one more time then things were going to become much less pleasant, and quickly.

We all chatted about what had happened.  The cops tried to claim that because there were no witnesses there was nothing they could do about the choking.  I reminded them that an incident report could still be filed.  There were 4 cops so I'm not sure which one hit me in the head.  I think it was the angry aryan that was standing towards the middle.  He had already been screaming at various points in our chat for reasons that also escaped me.  He seemed like a real hot-head.  Something that I said hadn't agreed with him, I guess.  I asked the other cops if there were any witnesses to that incident of assault and battery.  Presumably there were still none.

My buddy returned and offered to pay the bill for dinner.  I'm somewhat fuzzy on the details but I remember taking $15 in cash back from one of them - the restaurant employees, not the cops.  As of yet I do not believe the cops are paying citizens to hit them.  It's still free for them, as a courtesy perquisite to the job.

In retrospect I wish that I had paid for dinner with my credit card so that my buddy's name wouldn't have been involved in any way.  He's on probation and now I can't even file an incident report against the cops that showed up because it might come back to haunt him if the cops went by the restaurant and found out who paid, then looked into it.  That's assuming that they do spend their time doing something other than bullying people.  Though in truth I doubt I would file anyway.  But I should.  When a police officer attacks a citizen, physically unprovoked, and three other cops watch it, never even suggesting that maybe he should "cool it", then there are real problems.

Do not worry.  My head has been punched many times, and far more effectively, than by this blonde mustached fool.  This morning I tried to find a bruise and actually had to search around a bit to find it.  So, there was little actual damage done by the punch.  Nevertheless, it is dispiriting to have a cop attack you, and to feel justified in having done so, because you were the victim of a previous assault in his apportioned area.

I will try to relay a story involving a cop several years ago outside one of my friend's bars.  It was shocking, though not quite as shocking as being punched by a cop.

Ironically, on the drive out to Oakland to meet my buddy I was listening to a lecture by Prof. Richard Lichtman.  In it he catalogued some of the ways in which a seemingly free society becomes what is known as a totalitarian democracy.  A runaway sense of power among those expected to uphold our society's basic laws was one of the more salient points he made, referring both to the U.S. military beginning to function within our own borders, and the rampant misuse of power exhibited in some of the Occupy movement events.  Lichtman also cited the work One-Dimensional Man, which was additionally coincidental, because Selavy had just mentioned it a few days before.

So, beware dear citizen... when the police think nothing at all of punching people in the head to make a point, in front of other cops, then society has lost something very valuable.  If any of you think that those fuckers are on your side then go try your luck in San Francisco's tenderloin district.  They've got a way of changing the conversation down there that just might surprise some of you.  Watch out for the blonde cop with anger issues.  He doesn't seem capable of too much damage, but he sure does seem intent on trying.