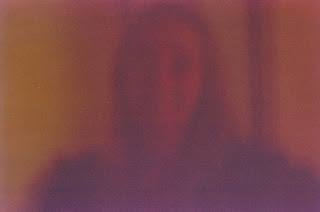 The hills are returning to their summer brown.  The change has begun.  Everywhere you look there is the beginning of the brown mixed in with the rolling green.  Once the transition is complete then they will take on that "golden" look that the state is so famous for.  I'm uncertain if its designation as "The Golden State" is for this reason or because of the gold rush of the mid 19th century.  The famous "forty-niners."  I'd like to believe it's for the hills surrounding where we live and all through northern California.

In the trees behind our house there are cicadas clicking away each night.  Cicadas or locusts, I'm not sure.  Either way it is a sign from god that the end times are near.  I'm sure of it.  It is a lovely sound, letting me know that soon I will be going home, ascending into the heavens with all of the other believers, returning to my Father's house to live in eternal harmony with him and the hordes of angels.  To spend all of time in loving bliss, filled with the holy spirit.

Have I told you yet about my best friend, Jesus Christ?

Each evening the backyard fills with butterflies.  It is some sort of a mating ground for them, or perhaps there is a butterfly war going on each day.  There seem to be many different varieties.  I'm no lepidopterist but I'd say there's at least 5-7 different families represented.  Maybe it's a gang thing, they are all fighting for their turf.  I bet butterflies are assholes once you really get to know them.  They seem very whimsical and vain, not to be counted on in any way.

I am just a witness, a patsy to the seasons.

I've finally gotten several rolls of film processed.  5 rolls of Tri-X bland and white, and one old roll of color.  The image above was taken as an accident at f16 with a very old roll of color film, inside our old apartment.  It left a ghostly likeness of Rachel in there that I liked.  A total accident.

I've driven back to the processing place twice now to argue with the owner.  They advertise, and the guy at the counter assured me, that the size of each image would be 4.5MB.  When I got the disk they were each about 1.3 MB.  She explained that this was because they were compressed into jpeg format.  When you open and re-save them as TIFF's then they are 4.5MB each, approx.  I argued that I should have been told that I would be getting 1.3MB jpegs, rather than 4.5, which is what I was led to believe. She actually tried to tell me that there's no difference.  I showed her that there most certainly was, on every single app she had on all of her computers in the store.  It was only when the jpeg was opened and re-saved as TIFF was it 4.5.   I felt that I should have been warned, as I thought I was getting higher res jpegs.  Again, she tried to claim that there is no difference between a 1.3mb jpeg and a 4.5mb jpeg.  Flustered, I had her read the wikipedia article on jpegs, compression and the algorithms that constitute "lossy compression."

Finally, I won.  But at what cost.... In the future I'll just make my printing decisions from the miniature contact sheet they provide with each roll.  After $80 in processing and print scanning, and two trips into Marin from Sonoma, all I've really accomplished is to teach the owner of a film processing/printing place that, in an image, less information means lower resolution, making it a jpeg does not change that fact, it actually amplifies it.  All in day's work.

But I do love that film look.  I'm going to spend some more time playing around with different types of film.  I bought a few rolls that are meant to have far less grain that the previous ones I had been shooting.  We 'll see how that goes.  My other option is to purchase the Fuji X-Pro1, a camera that claims to produce images that are far closer to film than all of the other digital cameras in its class.  I mean, Fuji makes film, they should be the ones that could make a camera that emulates that "film look."  I've become very suspicious of the images coming out of my Nikon D7000 now.  They seem too clean, too clinical, too sharp, no grain.

I was happy with it just a few days ago.  Always there is something luring me towards a new happiness and away from another.

Here is a snapshot I took against awful apartment blinds that we daily endured.  I love it. 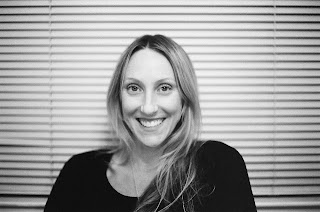 (Rachel, at the police station)