The Marathon of Movin' 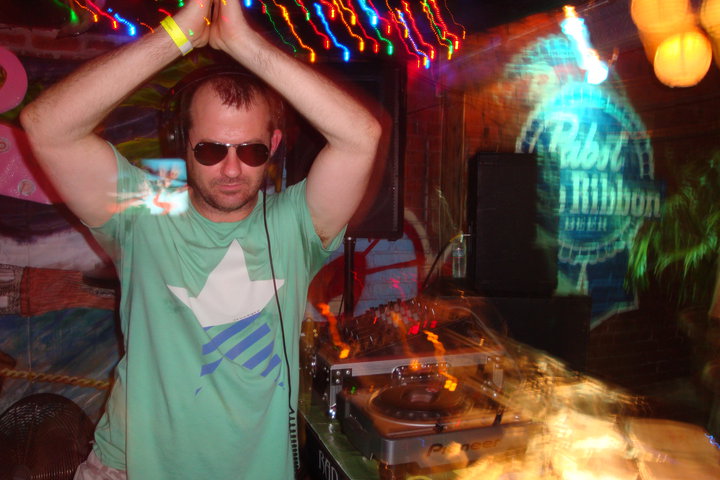 What a strange day I had, yesterday.

So many of the records I went through I had completely forgotten. I guess this is to be expected. I am retired.

There were thousands of them, many were only played a few times or not at all. Still, others were never memorable to begin with. It is the curse of much electronic music. I know, I know... I will have some fresh new enemies for that one. It's true. Drugs help differentiate many of those tracks. Without the drugs, and now across much time, they are flat. The differences are so minimal between them as to be negligible. It is what contributes to the myth of "smoothness" in some djs' djing.

There was some joy in yesterday, drops of it. The little curious things I found among the records - flyers from parties I had played, notes from label managers written directly on the sleeves, artists wanting to know what I thought of their records, reminders of different cities, countries that I have played. Smiley faces, peace signs, phone numbers.

I was never very good at giving feedback.

Many of the people that I spent my youth with were illiterate, or maybe they just happened to be high when they sent me their records, or both. Some of the writing was indecipherable. Nobody seems to have agreed on how to spell my name. There has yet to be the great "ecstasy movement" in literature, etc. There was a time when promo copies came only in paper sleeves, so the records have long since been destroyed, just after the sleeve was, years ago, being jammed into record boxes, packed far too tightly.

Always in a rush.

Towards the end I got so tired of flipping through records and inhaling the dust that rises that I was just glancing every 10 records or so and setting entire boxes aside to be given away. I'm sure there are some hidden regrets buried in that process.

I could still slim down what I have set aside to keep, and there is much more to do. I amassed double and triple copies of some records, just to be sure. The love of collecting is partly a neurotic habit.

My sinuses this morning are filled with foreign dust.

Some of those records reminded me of times that I shared with old friends, long before cameras were invented, back in the war. I would love to have pictures of some of the things that passed between all of us without ever having been recorded. I suppose that is the paradox of time and fleeting youth, nobody thought about taking pictures of such a thing. To try to record it would have sent the wrong message. It might have suggested that the whole thing wasn't going to last, an impossibility at the time. Though oddly, less likely now.

But this is not the morning for sentimental reminiscence. There was enough of that yesterday.