Halfway across another year, my dear 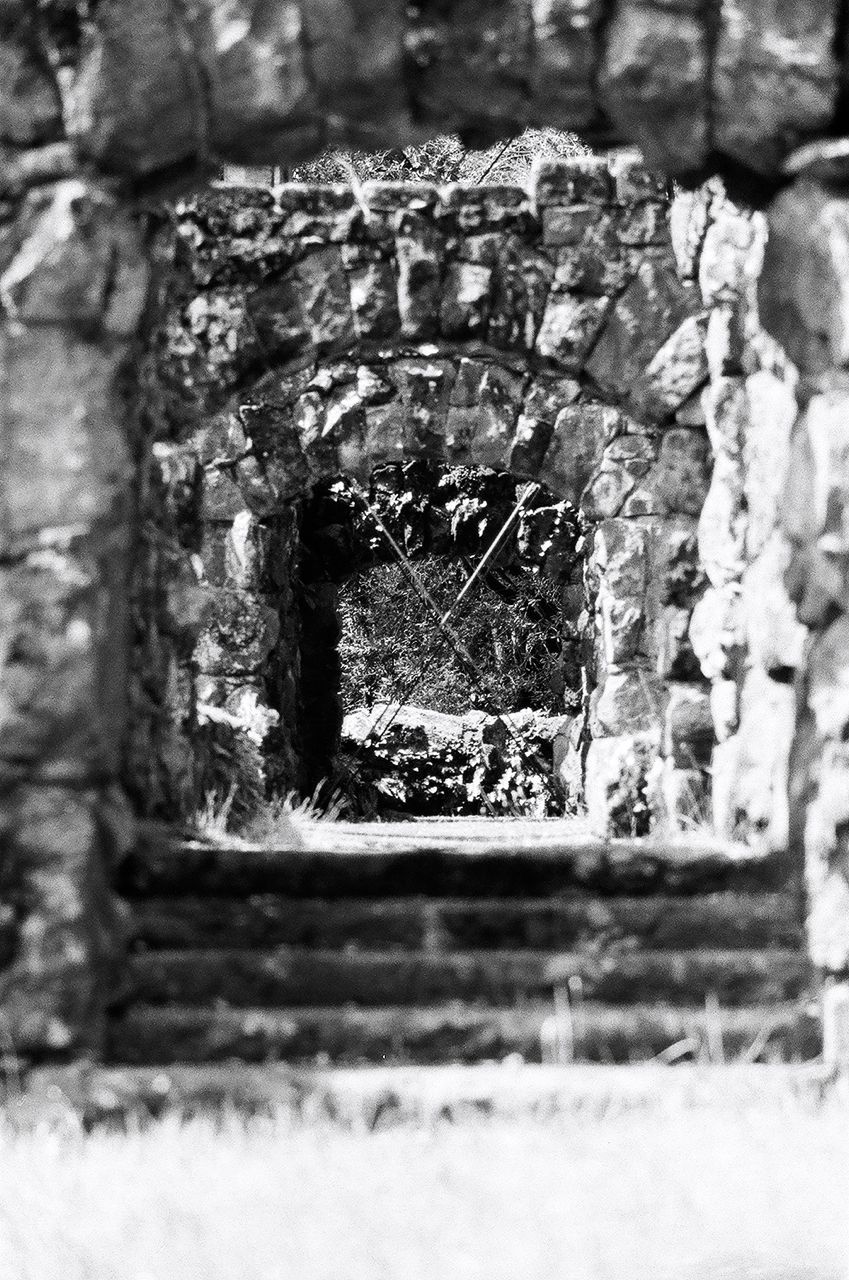 (An entrance to Wolf House)

Well, Christ didn't work out for me. His magical healing powers proved to be ineffective, no match to the task, and I no mere Lazarus.

As if that's bad enough - not having a Christ-shaped life parachute - I find this article, which states that drinking increases your chances of longevity.

I've been recently enduring a period of self-pity. I've recognized it over the last couple weeks and decided that maybe drinking and self-pity are not such a good combination and I should eliminate one. But I wanted to be certain, and not overreact.

To add to this, I haven't been going to the gym as much as I had been and I've gained several pounds. I eat like a pig with two erections. It's awful. I'm an emotional eater, and drinker. If I stop working out, or even slow down, then it manifests itself in my moods very quickly. I have much less patience for some people and they seem to feel the same.

It's unfortunate and unpleasant. Perpetual sweat seems to be the best counter-balance to inner turmoil and dissatisfaction.

Under normal circumstances I am able to adequately ignore the folly of others. For some reason this is noticeably less so when drinking, which is what two World Cup matches on the same day, two days in a row, will cause. I very rarely experience withdrawal symptoms from alcohol. But late yesterday and last night I had a headache, and even mild craving for beer, which I recognized as a symptom. It is an unsettling feeling, to know that your body is trying to persuade you to do a thing that you have decided that you won't do. I figured that two days of drinking invites some abstinence once it is over, etc.

But, back to my self-pity... It is finally dawning on me that my idea of a life with Rachel and Rhys, together as a family that lives together, is ending. It will become increasingly difficult to maintain much faith in any healing process between her and I. It's simply not happening, and enough time has passed to acknowledge that.

It's partially my fault, of course. But it is far more convenient for me to explore how I was a victim in this scenario. That's one of the great things about a relationship: there's plenty of evidence to believe just about anything that you wish to believe. My inner world is like a bad Pink Floyd double album: corrupt with snotty blame and self-involved fantasies of suffering at the hand of historical fate, always on the verge of an emotional outburst that borders on the completely irrational. Spoiled to the center, unable to escape a cartoon version of human interaction.

God, they are fucking miserable, though I'll still listen to their new album. I owe my childhood at least that much, etc.

Don't get me wrong, Rachel and I are getting along as well as we ever have, nearly. It's because we have reduced our relationship almost down to the exclusive responsibilities involved in being parents to a child. All the other stuff has just evaporated, taking some (too much) tenderness, affection and attraction along with it.

All that remains is the echo of love. It is there, we can both hear it and even evoke it when we wish, but it is most often at a slight remove, a distance that reminds, little else. It is no longer a space that we can enter, but instead one that separates us, though not always unpleasantly so.

As for recognizing the stages of loss and grief... we have both experienced anger and depression, we've conducted our bargaining with the stars, we are each now being forced out of denial. All that remains is eventual isolation, then acceptance.

I don't look forward to it. I have constructed a life out of not accepting anything that I didn't want to accept. I have magical powers of denial. Witches and Warlocks contact me to get my potions.

Perhaps a dose of self-pity, after all these months, is what is needed. I will fire up a cauldron of rusty needles and chicken blood, in thunder, lightning, or in rain....?

Rhys is two and a half years old today. He woke up telling me how much he loves me. It is impossible not to be touched by such an innocent and open gesture of warmth and love.

Maybe he's right, and I've got it all wrong.

He doesn't seem to feel sorry for me, at all. 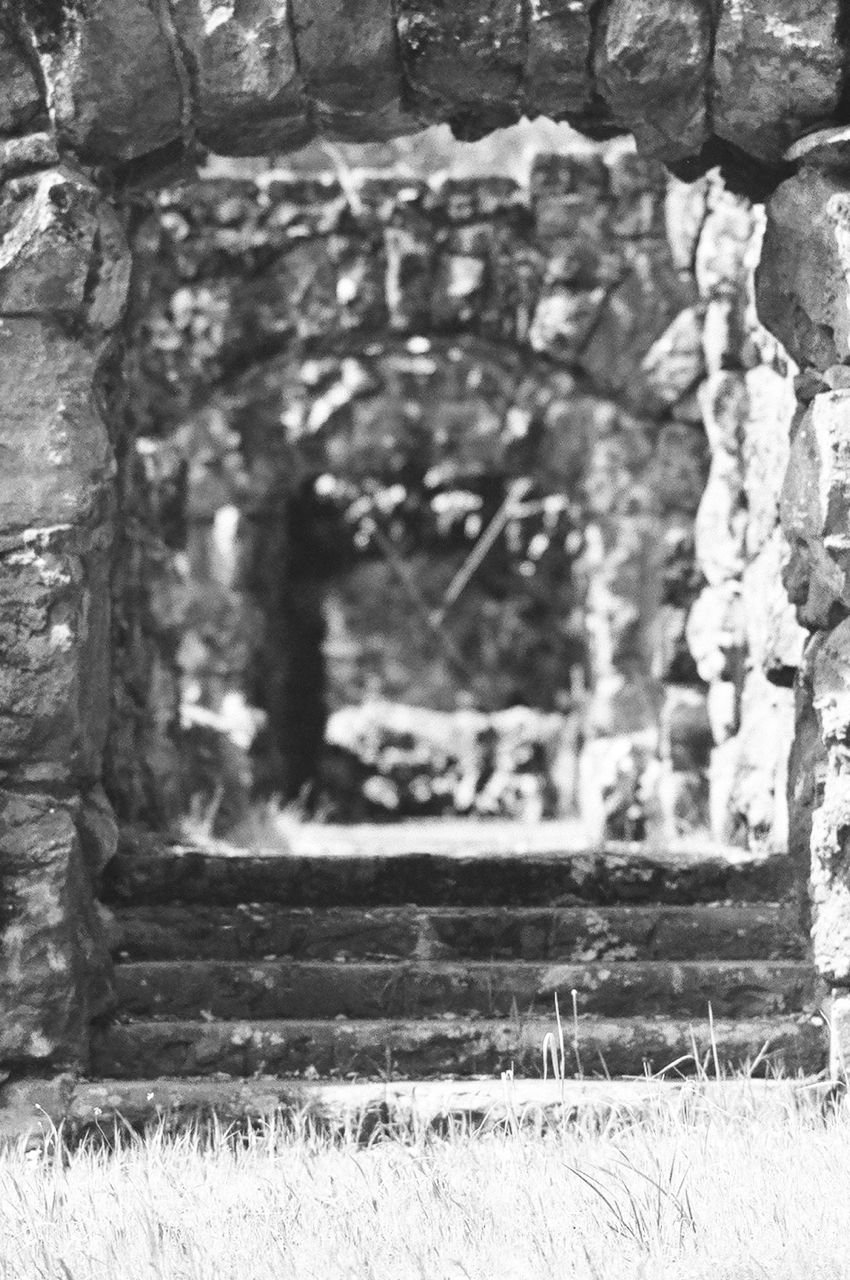