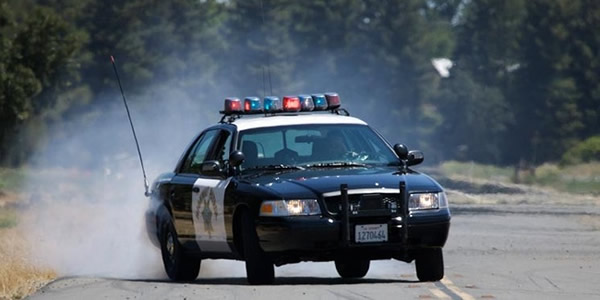 I can't get my head together this morning. The day has launched without me, again.

I am so sick of getting speeding tickets. I got one yesterday, again, on my way home from work. That is about four or five in the last year, maybe more. The natural speed that I drive is apparently above the posted limits.

I'd be amazed if my license isn't already suspended.

When I asked the cop if it was he told me that he didn't know, that he didn't look up my driving record. He must have been in a hurry. I suppose I understand how he can write me a ticket without looking up my record. I just wasn't sure why he would ever do such a thing.

Getting a speeding ticket comforts me in one way, at least I know there's not a warrant out for my arrest. It acts as the poor man's lawyer.

I wield a NY State license. I never bothered getting a CA version of it. I just keep telling the police that I live in NY, also.

My wife and I keep a modest chateau in the real city, so that the maids have somewhere to rest, you see.....

Some of them get rather incensed about it. I explain that I am in NY approx. 182.5 days out of the year, but that I've often considered getting a CA license, as the whim takes me... I just don't have the time. It's part of the reason that I am so rushed today...

My air-conditioner works better when I'm cruising about 90 mph, etc.

I asked the CHP if I could see the speed he recorded me at on his radar and he said that I couldn't. He explained that they are encouraged not to store the results, which seemed odd to me. I told him that destroying evidence is a crime.

He laughed at me. I told him that if he really wanted to destroy some evidence of a crime why didn't he start with his copy of my ticket.

Then, I not only denied speeding but I also explained to him that I wasn't even the one driving, that I was somewhere else at the time of the alleged infraction, that he wrote the ticket to an impostor and that I was declared legally brain-dead at several after-parties.

This ticket would never hold up in court.

I had a rock-solid alibi. I will see him before the judge, though I will be wearing a disguise, so that he won't be able to identify me for the jury of my peers, which had better be made up of aging ravers.

I claimed to have been born without fingerprints. The doctors had never seen anything like it. It's part of how I am able to maintain dual citizenship between NY and CA.

He gave up and said that he will be looking forward to seeing me in court, or on the road sometime later.

I told him that he should get out of law enforcement and come fight with the rebels.

We need more people whom are willing and eager to swallow the facts.