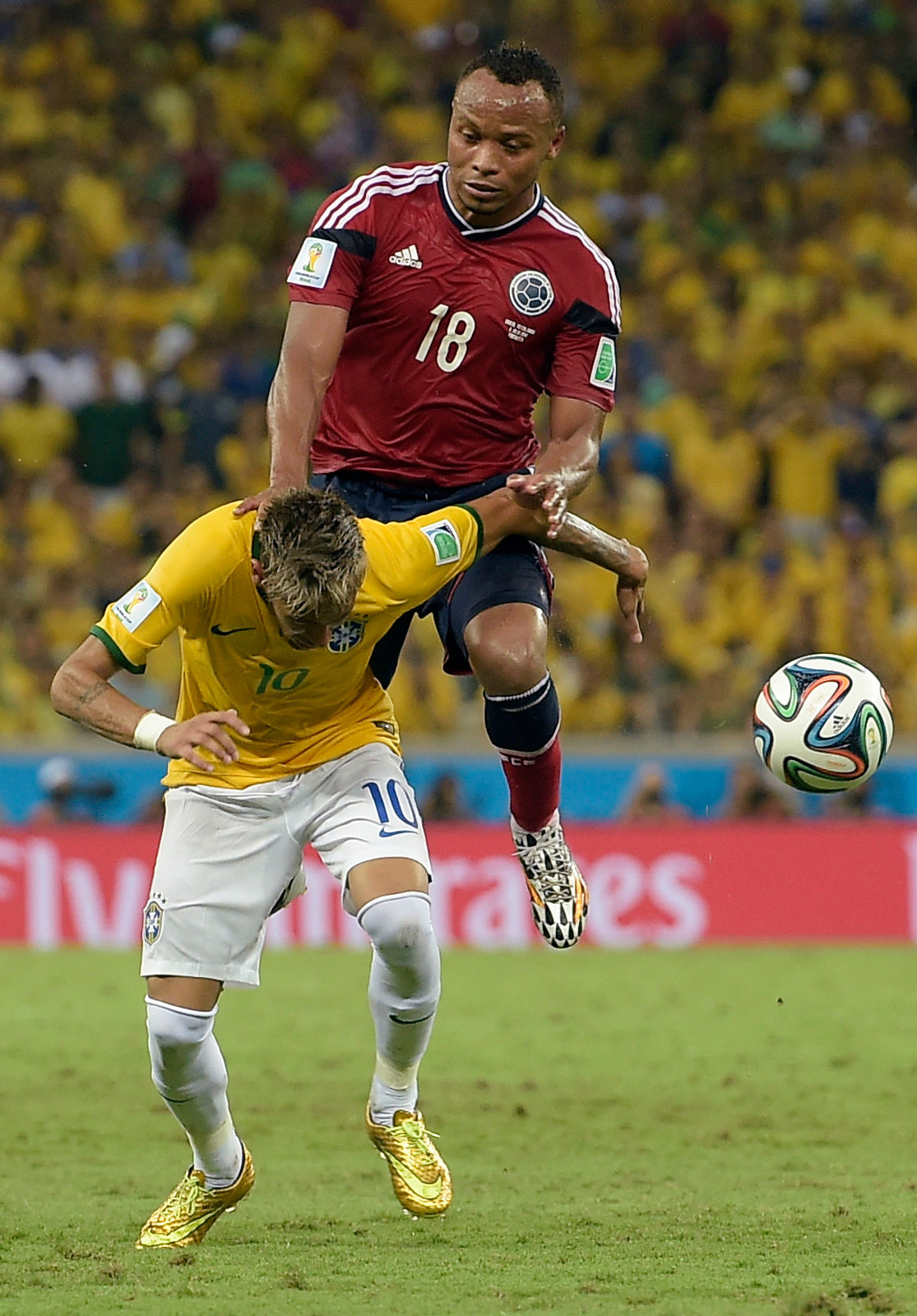 Both of my teams lost yesterday, France and Colombia.

Today, luckily, I like every team that's playing and have fond memories of every country represented. So, I'll just be content to be happy that somebody has won.

My first choices would probably be Argentina and Costa Rica, but I'd be happy to see Belgium and the Netherlands win also, just don't tell anybody... no true friend would ever be for the opponent.

I don't hate Brazil, I just wish that their winning wasn't such an assumed given. They haven't been playing that well and are lucky to still be in the Cup, though they did play well against Colombia yesterday. It's too bad Neymar is out of the cup now (above). They will have an increasingly difficult time winning their next two matches. But that is what is what will be required of the champions.

I love that every match eliminates somebody. Gripping.

I got in a few arguments on Facebook yesterday, they all ended badly. I have far fewer friends to maintain now. There should be a built-in app that checks your posts for typos, frequency and truculence, then just shuts you down. You can see what others are saying but you can't try to interrupt them.

That would be useful.

Would have been, etc.

Why do Brits always try to correct people's usage of English? No matter how laughably ignorant and grammatically incorrect they are they tend to believe that their misuse trumps anyone else's correct use of the shared language.

It is a fallback mystery that always appears online after a shameful showing in international sports of any kind.

That, and they will also remind you how they invented the sport of football. They act more and more like Americans as the losses pile up.

Okay. I need coffee and then a good seat for the 9am game.

Well, I had better charge my phone battery, to prepare for the furious posting that will most likely be a part of my day.

I don't think I ate any food yesterday. No, wait, I do remember having a Chicago-style hot dog. It had everything on it; peppers, tomatoes, all sorts of stuff.

But then that was it, nothing else for the rest of the day. I tried. I looked at sandwiches in a bodega, but they looked awful. White bread and turkey, in need of mayonnaise just to render it moist enough to eat.

I hate mayonnaise, as much as some people hate the word moist.