The Number of the East 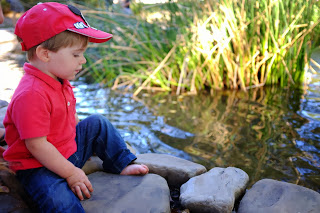 (Mickey and the Donald pond)

I have somebody reading through old posts on the weekends again. Normally my numbers drop on Saturday and Sunday but I've had a jump, which has inspired me to sit down and write one more post.

This one's a freebie. I have nothing to relay, so don't expect much.

What sort of a person writes posts as a response to a little increase in numbers? Tell me how lonely would you have to be, on a scale of one to ten, or eleven? I am a slut.

Well, I'm as lonely as a slut. It's because I wake up very early and am by myself far too much, then I put-out. I know this, but yet I like it. But then I behave in occasionally dangerous ways to avoid being alone too much. Is there no end to the mystery?

It was good that I finally moved out of that apartment in NYC. Ah, but what I wouldn't give to have it back now... to have a little space that was my own, with locks on the doors, books to read, and a warm bed in which to retreat, or lure.

It is all that a person needs to make them feel possible, some time away. Is that healthy? I sit here listening to Brian Eno's Apollo - Atmospheres & Soundtracks. What could I possibly know about health?

Don't get me wrong, I can still be transported by its odd powers, but I seek it out much less than I used to. I have reached a sort of musical satiation point. Now I am just content to listen to whatever is playing.

Give it a few months. I will discover a new artist (to me) and be singing their praises from the rooftop of this site soon. You will find me up there, naked and wailing about the virtues of this band, or that. The more I think about it, the more I start to like music again. Perhaps that is all that it is: that I don't have the capacity or the leisure for sustained thought any more.

Speaking of, I am 350 pages into Steinbeck's East of Eden and I am nearly bored. If this is his masterpiece - which he believed it to be - then he was not a great writer, though he was certainly capable of great passages. There have been sections in which I am almost embarrassed for him. The plot is dull and obvious at times, forced to adhere to an ideology that one gets the feeling that Steinbeck hardly believed. He is using the Cain-Abel duality as a device, a labored mechanism, an increasingly tired one at that.

I have just suffered the emergence of yet two more character pairings whose names begin with "C and A." I believe this is the 3rd or 4th. They are children now, but I hardly care about them because he has cast them as a recurring type. I suppose he wanted to tell the "epic" story of a family, with their reachable history included. I can almost see the poster board that he used to draw this novel out before he started writing. Its inspiration was accidentally an Exodus rather than the Genesis that he may have hoped for and is now forcing.

But then there are some passages... Oh my, he can certainly write, when he is tasked with describing. Even some of his insights into mankind are very good. A hundred pages back I was disappointed that I had not been underlining as I went. Now, I just wish it was an audio book that I could put on in the background.

Shit! I forgot to write about the meditation class that I went to yesterday morning. Ah well, it will have to wait. I have bored myself blind here already, for the day.

I want a big breakfast, bacon and eggs and other stuff with jelly on it. It's unlikely that I'll get it. I have things to do this morning.

Eno's "Apollo" album is over and I have moved on to Before And After Science. I am starting to really like this music stuff again. All that it takes is some time, and a willingness to listen.

I hope it lasts.