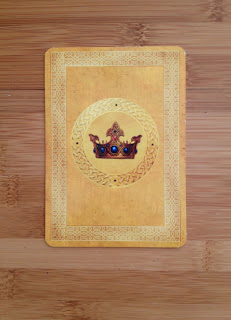 Saturday morning I went to a meditation class. I have been trying to engage in activities which make me feel more "centered."

If I sit perfectly still my own perspective will float away and I will become blind to the outside world, only able to see objects that are moving in front of me as I turn my head from left to right, like a T. Rex.

No, wait... that can't be correct. I'm not sure where I heard that, possibly Jurassic Park.

I chose a spot near the wall, perhaps too close. I did not want to crowd, or be rude, and am not used to defining my own space in this way. I need some practice in that, also. So, I chose a spot close to the wall where I could just barely reach out my arm and not touch it.

The guide introduced herself.

She first had me do some very light stretching while focusing on my breathing. As usual, I could not get any of this right. It requires the least bit of practice at all to perform and yet I am somehow still wanting. I am a challenge even to myself, perhaps mostly.

For the first 20 minutes or so my mind raced and I was not able to harness or bridle it. It was truly free. It seemed as if it was panicked at the idea of having to sit calmly, and still. It bucked and kicked. I could not sustain even an adequate response of "Let that go, shhh, just let that go… do not worry..." for the first half of the class. I was quite spooked by serenity.

She instructed me to change positions from sitting up to lying down. She had me flat on my back - my favorite position - with my knees and head propped up slightly by a pillow underneath, with a special weighted eye pillow pushing gently down, my palms placed on my abdomen. She was taking no chances with me, it seemed. This is a position that invites my body into relaxation. She nearly lost me to sleep.

I'm not sure when it finally happened.

The instructor had this big crystal bowl that she was using to create harmonic tones that had a deeply pacifying and soothing effect, with occasional bell strikes that encouraged a calming of the conscious mind. The strike was present and in the room but would immediately suggest something much further away, a great but friendly distance. There was an earthly singing-ness to it that was delightfully untroubled.

Eventually, I achieved some state of mental and physical repose, just shy of slumber. The knowledge of the wall to my left no longer appeared in my mind. I felt it drift off. There was an invisible sense of the exterior disappearing. I was transfixed by a falling away of nervous thought, a shedding of troubles. In time I felt held by a pacifying darkness, the soft weight around my eyes, across the bridge of my nose seemed to extend across and then down my body. I was enveloped, slightly at first, then fully.

That, and the humming of the bowl. I achieved heaviosity. It was not sleep, but I was in a deeply relaxed zone. I ceased thinking of self, what I had to do next, or what had happened before.

I heard her walking around the room but paid it little attention until I could detect that she was crouching down above my head. It was impossible not to give some awareness over to that. She wafted some scents around my face. There was a moistness to them, a richness. She touched my face gently. Then she massaged my head directionally, pulling upwards. It was better than relaxing, it was relieving. I felt something leaving me. I tried not to think of her as a woman but there are limitations when being touched. Her hands were delicate and soothing. I felt compliant.

She kept talking and ringing the bell, rubbing it with some sort of crystal wand. I could hear the approaching and receding of the circular tones, then there were the soft strikes.

I had lost some sense of time. She instructed me to roll to one side and so I did. I rolled towards the morning sun and the eye pillow fell away. The sunlight came through my eyelids and seemed unusually rich and golden and good. It was as if I was being filled with light, the whole empty cavern of my body taking it all in. It only lasted a few moments which was all that was needed. I felt full, complete.

I opened my eyes and it was almost over. I was back in the room. The wall to my left had returned.

I sat up, enjoyed the sensation of it. The returning.

She held out a deck of cards for me to choose from. My right hand reached up, selected, and drew. I flipped the card over and read from it, smiling to myself at the luck of it. Home, I thought, home. The chance, the words that sprang to mind: the temple of hearth, the offer of fire, the promise of it, the full-time priesthood of virgins…. oh, promises, vestal promises... 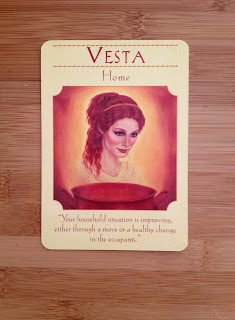