Half Persons, will travel 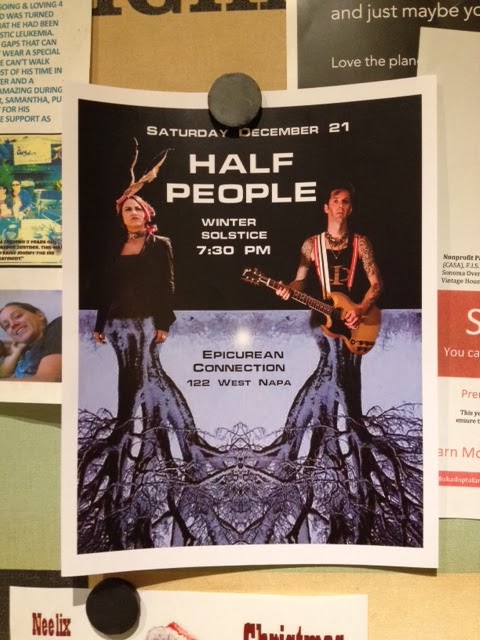 I like living in a state in which there are standards, but California is demonic with them. It gives you some insight into the mind of the Californian. Every demand appears at first as a suggestion. They always seem to find a way of using standards against people, not for people.

The state mottos is "For Your Own Good..."

I'll need to watch Brazil again soon. It is a documentary on the region.

I took the day off from work today. I have a bunch of errands to run; the dull, administrative busy work of owning a car. My tags are expired, the engine light had turned on, it needed a smog check, and the state of California frowned on all of these things, though not equally.

I tried taking the car to a shop to get the engine light looked at. They informed me that there was something wrong with the cooling system but they weren't able to tell me exactly what was wrong, though they hinted that it would be expensive and demanded that I bring it back to them today. They told me that they were doing me a favor by letting me take the car at all. There are rules.

I drove the car into work and the "check engine" light was off. They must have fixed it, I thought. I had better stop by the smog check place and get the test while my luck holds, I also thought.

The smog people said that there was nothing wrong with the car but that I needed to drive it for about 50-75 more miles before they could give me a passing certificate, the computer's data banks were blank. The battery must have died, I offered. My wife also drives this car and she has some questionable maintenance practices, I added.

I stopped there, not wanting to draw any additional unneeded suspicion towards myself. Blame the wife. Good idea, I thought. Nobody questions that wisdom. No mechanic anyway.

I drove the car home and got a call from a friend who told me that the "check engine" light was from a faulty oxygen sensor. It is a common problem with Volkswagen Beetle's from around that time. He had access to the internet and wowed me with the details and the facts. Trust the facts.

The phrase "faulty oxygen sensor" sounded dangerous but it's not as if I was trapped in Apollo 13. I kept the windows down hoping that would keep the "check engine" light off a little while longer.

I'll take care of it today: cooling, smog, oxygen and all.

All of that and the broken camera, as well.

The guy whom I bought the camera from is a complete asshole. I mean that he is all parts anus, nothing more, nothing lacking in terms of fecal evacuation area. He's just a condescending hole that seems to be intentionally misunderstanding everything that I am writing just so that it gives him a chance to dismiss me and my understanding of the product that I purchased from him. He is a shit-filled flesh tube. The logical end of the process. The rectum, the colon, the sphincter and all.

I am tempted to post it all here just to get a fresh perspective on it.

I am determined to fix the camera myself and write him an email today as well, instructing him on precisely how to speak down to somebody that is well deserving of it.

I'll wait until that last salvo before relaying any more of it here. I have standards, etc.

I could create a new subsection of this site dedicated to disappointed purchase letters.

I tried to be nice, truly. It just didn't work. Or, it doesn't work as often as it should. Sometimes I feel as if everybody speaks the Russian taxi driving language: we all get out of our cars with hammers, bats and tire irons while our dashboard cams are rolling, then we settle things peacefully and usually within a few minutes, just as the asteroid explodes in the sky. It is much easier to gain a sudden understanding of one another as reasonably flawed humans when the other option is certain pain and disfigurement, and even further flawing, that of the intentional sort.

When given those two choices it is quite easy to be sensible. Like, with Russians, for example. What a bunch of affable spudniks.

But they don't know why they are funny, like monkeys on roller skates, or musicians.