A trumpet at dawn 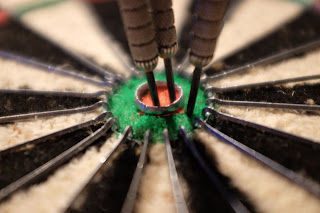 Whatever happened to me last night I will likely need to go to the hospital today to have it sorted out. I remember drinking red wine, and now this, a strong desire and need for morphine.

The idea that god punishes the wicked clearly emerged from ancient hangovers. Jews wandering around in the desert, squinting at the sun. What else could explain the Old Testament? Right now I have an angry, vengeful god between my ears, lots of locusts, etc.

I'm not even sure if a doctor will see me. Maybe I can find a vet that will just put me down for $35, some poor schmuck that also does abortions and occasional dentistry on the side. It's too bad I'm not in Orlando, I know a few moonlighters that specialize in just that sort of thing. One of them pulled a tooth of mine once. It happened in a trailer around ten at night, I swear. I asked him if he would put me under for it. He said it would cost another $5 and I would have to lock up.

Last night they forced bottles and bottles of red wine on me, then made me read my poems to them. They are savages. I feel terrible this morning, only bacon and eggs and greasy potatoes will fix this. There's nothing to eat here but health food, which is useless against an angry god. My god is a terrible god, he demands greasy fried pork products.

We bbq'd last night. It was delicious. I remember eating some raw salmon, thinking myself quite cultured, treating it like a sushi appetizer. Perhaps I won't even need the vet, we'll know in a few more hours here when my intestines explode in a volcano of pain, blood, feces and sudden death, and more locusts.

We had friends from both LA and New York stop by, artists. We played music too loudly and danced together in the living room. I would not let a single track play all the way through. I was obnoxious and I smelled like rotten, biblical farts.

This morning I woke up with a mustache. I looked like a dangerous Alice B. Toklas.

Only one eye works at a time.